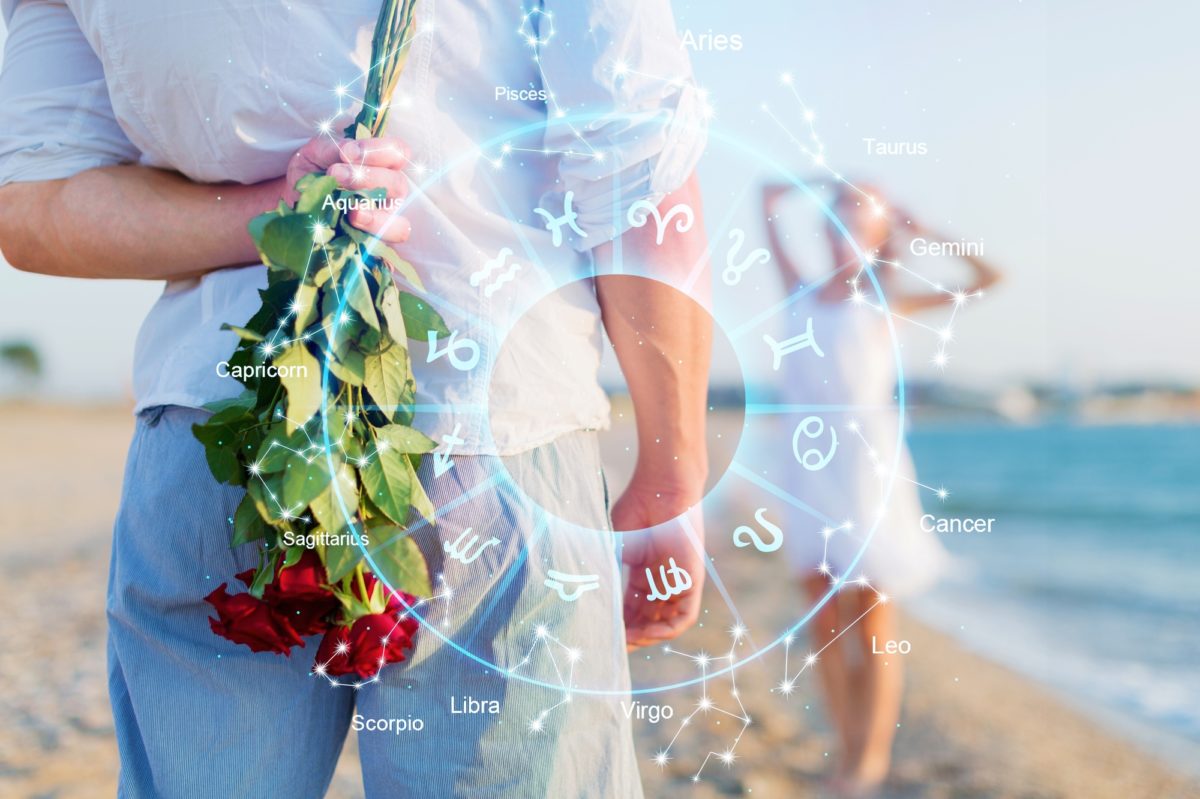 He’s hard-working and disciplined. He lives by rules because he is ruled by Saturn, the planet of strict rules. He believes in tough love when it’s warranted.  There’s no doubt he’ll be successful. If you are dating a Capricorn man, or you decide to, you’ll meet a quintessential strong, silent type, cool, calm, and collected.

Astrology opens a secret door for us in personality traits, pet peeves, and much more. There’s so much below the surface of a Capricorn man, whose birthday is between December 22 and January 20. On your first date, your mission is to crack their occasional chilly and dry exterior. When you do so, you find a passionate, intelligent, and loyal man underneath, waiting.

Capricorn men are unusually handsome, and, like all men, they need intimate contact with an understanding partner, a woman who accepts his aloofness and lets him brood until he’s ready to open up. There are some ways to help you break him open. Here are 4 important tips and special advice for dating a Capricorn man and uncovering the deepest mysteries of this man.

#1. He May Keep His Distance At First

When you first start dating, you may notice your Capricorn date is keeping his walls up. He’s cordial and as sociable as he needs to be to carry on a conversation, but he’s holding back his feelings and not at all letting on if he finds you attractive and if he likes you in general.

He may come off as cold and distant but may not even be aware he’s doing this. He’s waiting for a sign that you are into him. Once he’s sure, he’ll make a move. Capricorns are unpredictable in this regard, though. Sometimes they’ll make the first move, and other times, they will wait to get a signal from you.

Capricorns have lofty goals and aim high, really as high as he needs to jump to end up on the top of the heap, whether he’s working in a large company or running his own business or composing a symphony for a large orchestra.

His constellation is the sea goat, also known as mountain goats. These animals live where no other animal dwells, high up on steep mountains. It’s a lofty place, perfectly fitting for a Capricorn man.

He’s a hard ass, without a doubt, so what he expects of himself may pass on to a partner. If you’re hard-working and have a perfectionistic streak, you’d be a fantastic match for a driven Capricorn man.

His dream is a woman with whom h can share his successes. He doesn’t want to make the journey alone to the top. You’re the piece of the puzzle he’s looking for.

Get ready for some surprises when dating a Capricorn man. It’s fascinating to watch him being a ballbuster who doesn’t share his vision. Outwardly, he shows frustration and impatience. But in the back of his mind, he’s thinking about his date, how much he enjoyed the first one, and watching the clocking ticking away the hours until he sees you again.

A Capricorn man can be your knight in shining armor, the man who will come to your rescue when there’s trouble. He can offer you a future that’s safe and secure. He needs you to get close to him and to be assured of your dedication and your devotion. Though he’s success-driven, underneath he’s insecure and failure is his biggest fear. As he’s drawn closer to you, he becomes more and more apprehensive, afraid it will all fall apart. Understand the key role you will play in his life!

#4. A Capricorn Man In Love

Capricorn men crave order and stability. Emotions for him are difficult because he has no control over them. It’s hard for him to understand, and he almost hates having feelings.

You may see him acting strangely, a sign that he has fallen in love with you. He’s confused, but this will pass. If you’ve captured his heart, it’s simply astounding how romantic he’ll be!

Your Capricorn man will remember every anniversary, birthday, your special day. He has an internal calendar that’s focused on both of you, and your favorite songs. Soon enough, he’ll cherish every moment of his time with you.

If you find you have fallen in love and every date with a Capricorn man is something you can’t wait to have, know that it won’t be the easiest ride you’ve had, but wading through and hanging tough will yield rewards beyond your expectations.

Capricorns are real and honest, one of the most down-to-earth signs of the zodiac. He won’t cheat because he knows it’s wrong. But in exchange, you must ask yourself if you can be honest with him.

If you are sneaky, use subterfuge, or even tell trivial lies, he will get on to you and it will put an end to the relationship. The best advice is: Don’t lie. Always be honest.

You will be immensely satisfied in bed. As his chosen partner, he’ll locate your erogenous zones, and in bed, he’ll do whatever you need to help come to an orgasmic conclusion.

Ask yourself: can I meet this man’s needs? Am I the right choice for him? You may be crazy about him, want him because of his amazing, dark attraction, but if you feel in the end there are other women better aligned to him, then for the sake of both of you, let him go.

As I wrote earlier, the best partner for a Capricorn is a woman who has the same drive that he does. A Capricorn man does not go through a lot of women before he finds the right one. Instead, he observes women and decides on the best one, then swoops in and asks you out on a date.

A Capricorn needs strength in a woman, and most of all, someone he can count on to be by his side through all the successes – and failures.