I’ve talked about my firsthand experiences dating a Capricorn man and dating a Taurus man, and men under every astrological sign. But I’d like to take a different approach and talk about my experience dating a Jamaican man and why you should too! One of the most appealing reasons to date a Jamaican man is to experience his culture through him. The way Jamaicans view life is radically different than the way Europeans and Americans do.

There is never a dull moment when you’re on a dater with a Jamaican. Typical men I’ve dated tend to become predictable after a while since we come from a shared culture. But a Jamaican man will laugh suddenly or talk about topics you’ve never thought of. 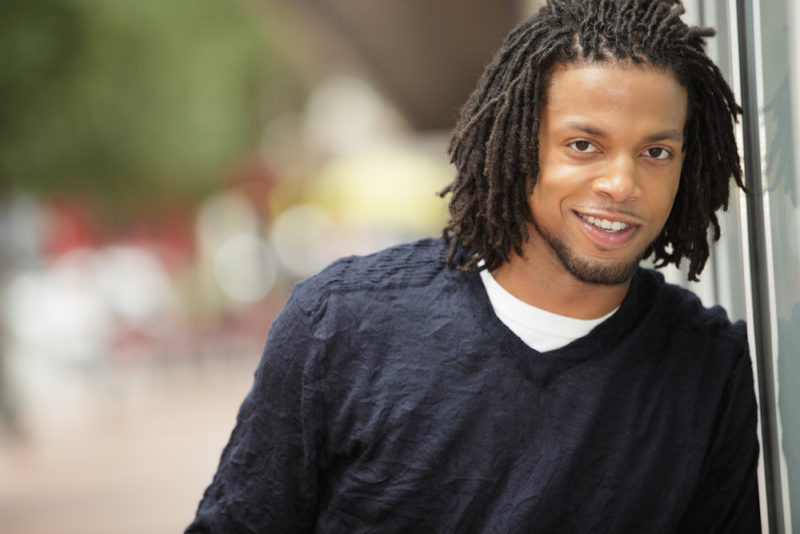 Jamaican men are colorful, eccentric and are always seeking good times. My date from Jamaica took me out to a restaurant that made Creole food, followed by hours of dancing at different clubs. In all my years dating, I’ve never been with a man that danced as well as he did!

Here’s a little taste of my experience and what you should know when dating a Jamaican man.

#1. Jamaican Men Know How To Have A Good Time

There is a belief about the people of the Caribbean that they consider partying a top priority. I’ve met people from both Jamaica and Trinidad & Tobago, and the stereotype is true, and it’s a positive one. Caribbean men and women are colorful, smiling, usually in a good mood, and they don’t let problems get them down. Jamaicans take care of their personal and family issues and then brush them aside to have fun.

My Jamaican date’s name was Curtis. I walked to his car waiting outside my apartment, and his eyes grew wide when I stepped inside. I recently went to the beach and had a dark tan, so I wore a sexy bright yellow dress that showed off my legs and a top that revealed just enough cleavage to get the attention I enjoyed from men.

“Oooh girl, you put the ladies in my country to shame. You look incredible!” this was all I needed to hear to relax. On the way to dinner, Curtis was friendly, open, and incredibly charming. He looked great in leather penny loafers, slacks, and a bright-colored untucked shirt. I laughed a lot in the car and already having a fun time.

Curtis suggested I try the Jerk Chicken and Pork combination. I took a bit of the chicken and the incredibly hot spices on my lips and tongue. Curtis laughed at me, encouraging me to continue eating. He didn’t laugh to make fun of me, only at my reaction to Jerk spices, including garlic, ginger, cinnamon, pimentos, and cloves.

After a bit, I began to enjoy my plate and wished there was more after I finished. However, I was impressed that ordered the Pepper Pot Soup, though he wasn’t vegetarian.

Rum is a favorite drink throughout the Caribbean, so he and I drank Rum Punch. The drink is infused with several tropical fruits, including pineapple and coconut. Unfortunately, I lacked my lips, and Curtis said he missed how they made it in his home country.

Curtis looked at me, admiring my figure, complimenting my face and body. I noticed women looking at us, but especially at Curtis, tall and lean with handsome face. A pretty server was serving us, and Curtis flirted with her every time she came to the table.

I’m not the jealous type, so I laughed along, noting how much he enjoyed his interactions with other females. I mention this as a warning to women who may have an issue with men who flirt with other women on their dates. However, Curtis was harmless and wouldn’t leave me for another woman anyway.

#4. Signs A Jamaican Man Is Falling For You

I’ve written about my experience dating men under different astrological signs. When I dated a Gemini man, a Libra man, and a Leo man on our second and third dates, I noticed their flirtatious nature, but my objections were overruled when I saw how dedicated these men were to me. When a Jamaican man falls for you:

Curtis drove me home after a night of dancing, driving us from one club to another. He could dance in every genre, and I was thrilled dancing with him. Often, he took my hand and showed me the moves. I learned fast, and soon people around us began watching and clapping along with us to the rhythm. I was breathless at the end, but part of me wanted Curtis to stay the night.

But out of nowhere, he became somewhat aggressive in the car, insisting we have sex. His actions almost killed the night for me. But we had both drank a lot, and I won’t deny how I moved close to him, rubbing against him while we danced.

Still, I declined and resisted his advances. Yet, I did agree to a second date later that week. I learned that Jamaican men could be sexually aggressive from friends who dated Caribbean men. I learned that male dominance is part of Caribbean culture, although I resisted stereotypes (and still do) because many of them are unfounded.

On the second date, I decided to sleep with Curtis. We had dinner followed by dancing again. This night he was not pushy or aggressive with me at all. He had changed and was more respectful and willing to do what I wanted despite his own feelings.

He dove me home, and I invited him in. We sat on the sofa and drank some champagne. Our eyes met in a moment of rare silence, and we kissed. The feel of his lips sent a jolt through my body. After a few moments more of kissing and touching, we went into my bedroom.

His skin was surprisingly soft, but I loved the feel of it. Naked, I gave him oral sex, and it turned me on as much as him. Then, I stopped and realized he wasn’t going to give me oral sex. So, in the heat of the moment, we moved instead to intercourse, and as I loved on top of him, each thrust sent fire through my body up from my clitoris to my breasts. I came a lot, and when I felt Curtis was ready, I helped him remove his condom and helped him to come using my hands and mouth.

Curtis knew how to move his body and his penis to make me have several orgasms. His aggression showed a few times when he positioned my body physically to where it felt best for him. Thanks to the orgasms he gave me, I thought I owed it to him to do what he wanted.

The next morning after Curtis left, I thought about the night before how wonderful it all was. But then it became clear that Curtis preferred dominance in the bedroom and when we were together. I asked myself if I could accept being submissive to him in bed in exchange for orgasms. I realized I couldn’t, and I wanted a man who could talk to me and value my opinion and who yielded more to my desires in bed. It was my last date with this remarkably interesting yet opinionated man.

At last, I experienced Dating a Jamaican man. I recommend it to all women! So many women prefer having their male partner make most decisions and who is submissive in bed, enjoying the pleasure men give them. I hope I’ve talked about all the things you should know when dating a Jamaican man for these women. I didn’t wish to pursue dating Curtis again, but his charm ad the attention he gives when dating will draw many women to him.