I was raised a Catholic, I went to Catholic school and was even an assistant to the priest during church service. We are strongly encouraged to date other Catholics or other Christians at the very least. I’ve visited pagan dating sites in the UK, where I’m from, and American dating sites too. Although I was a Christian, it didn’t matter that I dated a Pagan woman. I’d like to share my story, as a guide to men who are Christian themselves and who are interested in dating a pagan woman.

I’ve met a lot of women, partly because I enjoy their company and I travel a lot in my work. But when I met Abby, it was like the sun shone brighter and the burdens of work and travel got lighter. Her smile made her eyes twinkle, and it showed her dimple. 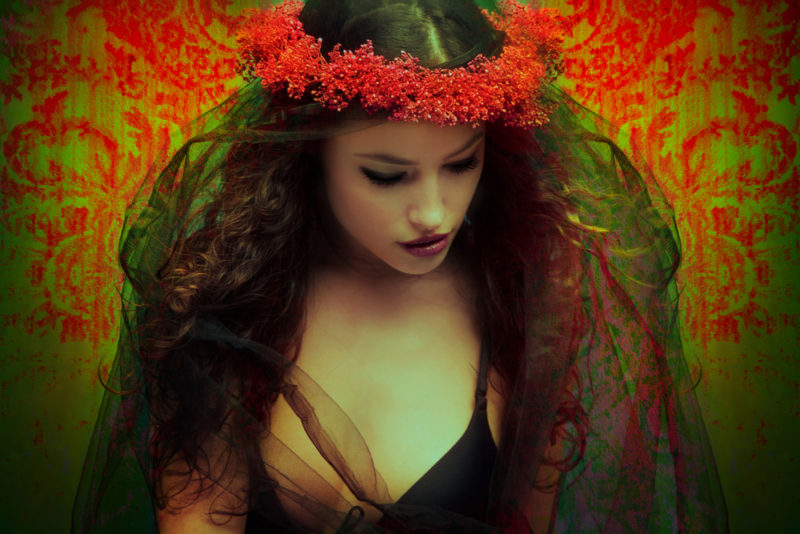 She didn’t talk about her Pagan values at all on our first date, but before meeting her I thought to myself, “This is against my better judgment.” Though I attended church now mostly on holidays like Christmas and Easter, it was impressed on me at an early age that pagans were all bad witches who worked for the Devil.

I look back now and laugh at those ancient superstitions. I dated Christian women and found it dull most of the time. Then I started dating women whose astrological signs were the best match for mine. I dated a Gemini woman and remembered the great times we had years later.

When I dated a Capricorn, we constantly fought, but our chemistry was perfect for the bedroom. I dated a doctor in residency who was an atheist and found her to be set in her way of thinking. I was ready to meet someone more open-minded.

After my dating experience with a Sagittarius, I didn’t think I was a match for anyone. I returned to the church, attending weekly, at night I was checking out some Pagan dating sites.

One that I liked is PAGANSINGLES. Sign-up was easy and you can like and chat for free, but membership gives out more key contact information. On this site, I met Abby. This is how she described herself: I’m an eclectic. I love the outdoors, camping and hiking. I enjoy reading, music, and enjoying my best life.

Nature and all that is found in it are sacred in pagan thought. I loved hiking and camping out, swimming in rivers, and camp out overnight outdoors. I reached out and met at a park close to me. The place has great hiking trails and white oak tables, chairs, and benches.

Something Different About Her

I looked at Abby as she approached. Her hair was long, and she had a flower pinning it to one side. She walked up and asked me my name. She sat down and we talked about working as a nurse and I talked about my life as a sales manager.

I noticed she wore little makeup, but her face was lovely to behold regardless. She didn’t tell me she identified as pagan until the next date, but she already dropped hints that I didn’t see then.

She seemed different than other women. She was self-confident and when I spoke, she listened attentively. She was so quiet I began to think she wasn’t interested in me. I wanted to see her again.

She had pretty blonde hair and a nice, fit body I noticed, even though she wore a sweater top that morning due to chilly weather. She told me one of her favorite places was Stonehenge. Abby spoke philosophically rather than talk about new phones on the market or her favorite celebrities that so many other women talk about.

At the end of our date, we stood up from the table and Abby asked me to go on another date with her. It seemed a little forward, but it was part of her personality.

I thought about Abby and flashed back to when I dated a Gemini. I suspect now she was into Paganism, but she was wild and a little immature for my taste. This was different than Abby, who seemed quiet and thoughtful.

I felt good about dating a pagan woman, though I was a Christian. Curious, I checked at U.K.-based pagan dating sites and pagan dating services. I ran out o time, got dressed, and met Abby at the restaurant.

At first, I didn’t recognize her. Her blonde hair fell around her shoulders instead of in a ponytail on our first date. She wore a black dress with Celtic embroidery down the front. The hem was frayed, mixed with dark red and black colors. Her cleavage was hidden but she looked amazing and sexy. I wanted to take her home, hoping we would later on.

Women in the pagan religion hold great power, and though Abby was not forward or aggressive, I saw the deep conviction in her green eyes. Around her neck was what she called a sun wheel of Nordic design.

She explained to me that Paganism was the world’s first religion, established centuries before Christianity. But she never insulted my faith, even telling me how much Pagans appreciated the changes in the Catholic church.

That night, we did go to my place. I had never felt physically closer to someone than I did with Abby. She did all those things a man could want, and I worked until I heard her moaning loudly. We made sure that we gave each other what we wanted in bed.

Abby was still quite young, as was I. We dated another three months until she told me she was moving to the States to meet others like her. I wasn’t upset, and I think back years later about how fortunate I was to date such a unique pagan woman. I never felt the way Abby made me feel, even when I dated an intelligent and open-minded Libra, or when I dated an Aquarius.

I have since dated pagan women I found on Pagan Harmony and AdultFriendFinder.com. I didn’t limit myself to dating Christian women anymore, although I still do date women of the Catholic faith. I recommend that men remain open-minded and consider dating a pagan woman. It won’t challenge your beliefs and you may end up meeting someone fantastic as I did when I met Abby. I am still a Christian man, a Christian man who dated a pagan.