Every astrological sign presents unique qualities about people born under them, so Scorpio men have unique personality characteristics unique to themselves. If you are interested in dating a man whose birthday falls under this astrological sign, I can share with you what I know about Scorpios based on my own experience and the research performed by top astrologers.

Scorpio comes from the Scorpius constellation and resembles a scorpion, a vicious arachnid that stings. It’s important to know that Scorpio is a water sign, despite their incredible passion and intensity and the fact that Scorpio is ruled by Hades, the god of Hell. This explains why Scorpios have incredible magnetism, lusty and some even believe they have magical powers. 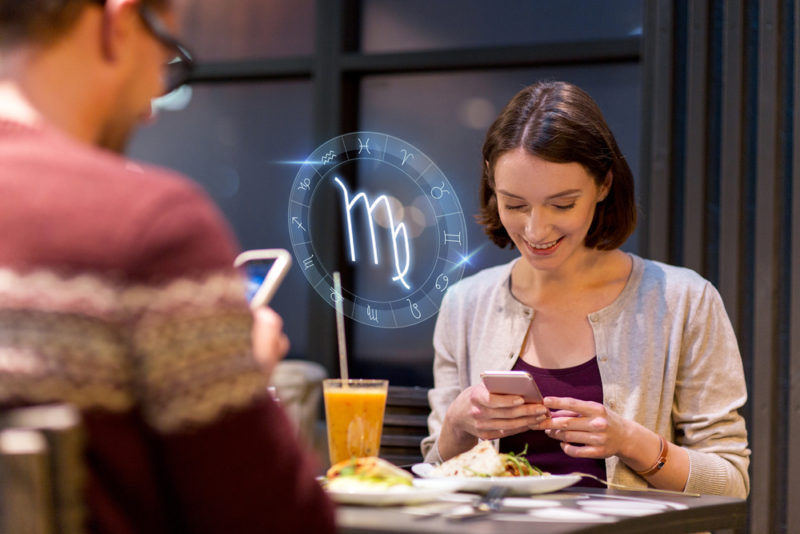 Once you know more about this unique sign of the Zodiac, you’ll be better prepared for your date with a Scorpio.

1. Scorpios have a powerful gift of perception

What makes a date with a Scorpio so fascinating is their ability to see things most other people don’t. Scorpios can figure out the hidden motives of others and can explain why people do what they do. This may make them cynical at times since they see beyond the surface of people’s actions. They can and will exploit another’s weaknesses to their advantage.

2. Scorpio men Have an Incredible Drive

When you date a man under this Zodiac sign, prepare to be wowed by his intensity and his ambition. You may spend most of your time listening to him talk about his passions about music, art, or the sciences to the point of obsession!

On the other hand, you might find Scorpios to be quiet and attentive, and on a dinner date, preferring to listen rather than speak. This is because Scorpio men don’t bare their soul to any woman, only those who form the invisible bond that we have all felt that indicates we have mental and physical chemistry with another.

When you’re dating a Scorpio Man, you’ll pick up his quiet intensity. Look in his eyes during his quiet moments. You will notice his eyes are burning with a ferocity you won’t see in what he says or his movements. Imagine you’re on a date at a restaurant and watch him casually lift his fork to eat. But look in his eyes, you’ll see in their fiery glow how they betray him. He’s a tiger in a cage!

4. Scorpio Men Have a Powerful Machismo

Scorpio men are among the most profound, intense, and powerful characters of the Zodiac. They are the “strong, silent type,” handsome and strong, and the most exciting and unpredictable. Be ready for adventure when dating a Scorpio Man. He may test your strength and your tenacity.

My date with a Scorpio man began with a date at an Italian restaurant. I found myself doing the most talking, but my date’s eyes fixed on me the whole night. At first, it felt creepy, but I noted how closely he was listening to me. He dropped me off home and I thought that was our first and last date.

The next morning my phone rang and to my surprise, it was him. He wanted to go hiking and knew of a secret swimming hole in the mountains. When we reached the swimming hole he took off his shirt, leaving me to admire his amazing body. I showed off my bikini and his eyes began to burn as I trotted around. That night I rolled around on the bed in his strong arms, feeling one orgasm after the other until dawn. This reminds me of the next part:

Prepare for a wild and passionate ride! Scorpio men want to know you both physically and mentally, down to your core. Don’t be surprised when the physical and mental attraction you felt at the beginning of your date sparks to a burning intensity in bed. All that you believed he could be in the great conversations you have and the fearlessness he displays come to a head under the sheets.

6. Scorpio Men Are Attracted to Intelligent, talented People Like Themselves

On your date with a Scorpio man, you’ll note how the conversation quickly turns away from uninteresting small talk to direct questions he wants answers to. He’ll bore into you, asking about your life, your interests, and knowledge about different topics. This leads the way to a true and intimate connection.

Scorpio men on a date with you expect you to carry on an intelligent conversation. Your conversations will be challenging and thought-provoking. Don’t assume you’ll converse about silly, gossipy stuff. You’ll have an intense conversation only about things that matter.

If you’re chosen by him, a Scorpio will defend you and stay with you until the end. Once he’s bonded with you, his eyes are for you only. All he wants to do is go out with you places that you both love. He’ll try to strike a balance between his interests and yours because he wants you to be happy, and the joy you feel means success to him.

He shows you unconditional love and puts aside mistakes you make if you have no transgressions. Scorpios can also be quite jealous and overprotective of you. Convince him of your commitment to him and he’ll trust you to the end.

Scorpios are most attracted to authentic, honest people. He also wants you to be respectful since he’ll be the same to you.

Since their emotions can be unpredictable, changing within seconds, the best match is a woman who can be patient and kind.

While most signs are compatible with Scorpio in one way or another, the signs most aligned in terms of planetary movement are Cancer, Pisces, and Virgo.

When you’re dating a Scorpio man, there will be few dull moments since he hates boredom and routine. He’ll try new things and even put his body through dangerous challenges for the sake of accomplishing his objectives.

Pluto rules Scorpios, so he’s great at keeping secrets. He’d never divulge details of your private life, and he expects that you will do the same.