I’ll be honest. I’ve always preferred dating younger women, and two years ago I began dating an 18-year-old at 30. A friend commented about something called the “creepiness formula.” According to this formula, never date someone who is more than half your age plus 7 years. Courtney, the girl I dated, was 18 at the time, and adding 7 years meant we weren’t creepy. Not that I ever cared about how others judged me.

I had a couple of short-term relationships where the women were older than I was. Fresh out of high school, I started dating a pagan woman who was 32 – twice my age. Another time, in my late twenties, I dated a woman in her mid-forties. I felt no difference between myself and the pagan woman; she was youthful, pretty, and open-minded. The experience with the woman in her forties made me forever decide to date women younger than myself. The older woman, with children, liked to stay home on dates while I was full of energy, preferring to go out to clubs. 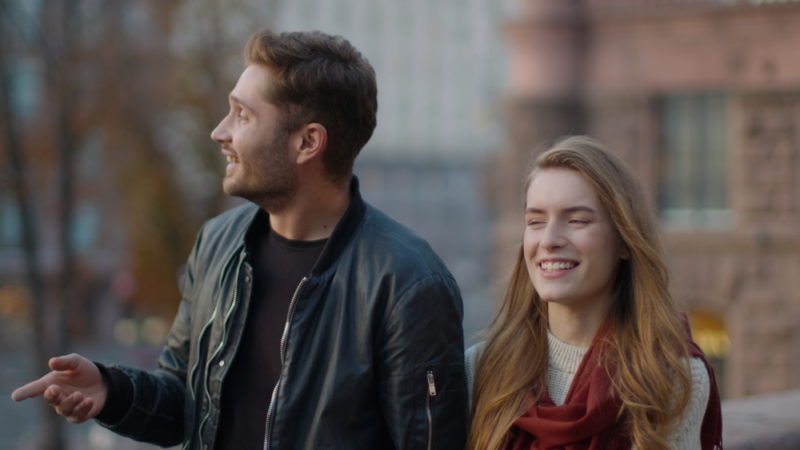 There are challenges to dating a woman who was years younger than me, but there were fantastic benefits too. I’d like to share what I’ve learned about dating an 18-year-old at 30.

#1. The Mind Gap Between Us

First, I loved the fact that Courtney was alive with excitement and energy. She loved doing things she hadn’t done, like hiking and camping out overnight. She didn’t complain about insects or unfamiliar sounds at night. She jumped into the experience body and soul.

After college, I was free to pursue interests that weren’t related to classes. I developed an interest in art and literature. I began reading the classics from Europe and fell in love with the worldview found in Russian literature in particular. These novels opened vistas in my mind and profoundly influenced my worldview.

Courtney was fresh out of high school and was an intelligent woman. But she lacked the time and the interest in literature or art. She was preparing to go to college and her mind was consumed with choosing courses, choosing a dorm room, and all the other particulars. She was excited to live away from home for the first time, while I had been on my own for almost a decade by then.

#3. I Found Her Beauty And Innocence Fiercely Attractive

I have known the experience and worldliness of an older woman, and her knowledge and intellect make an older woman more beautiful. But that does not mean I couldn’t enjoy the loveliness of a vibrant, energetic younger woman.

Everything Courtney and I did, whether we slept together or went out to try something new, she couldn’t hide her excitement, which I loved. But sex was not all of it, even though sleeping with her invigorated me and tested my limits in bed.

Courtney awoke each morning after our date with vibrancy and optimism. She didn’t know yet what responsibility was in terms of paying a mortgage and bills. She would know these things later, but for me, it was refreshing how she seized every opportunity to enjoy her life.

#4. She Told Me She Preferred Dating Older Men

I’ve written about dating a stripper in this series of articles, and after a few dates, I saw her having trouble solving simple problems, preferring to avoid things like food shopping, cooking, and organizing the money she earned to pay her bills. I broke it off with her, hoping she would mature and grow up with life’s responsibilities.

Courtney fascinated me because at one moment she’d behave young and playful, but an hour later would be logical and highly effective at problem-solving. She already knew that she would major in accounting, perfectly complimenting her impressive math skills.

One night during an intimate discussion, she explained why she like me because I knew what I wanted, and I had a solid position in life. She appreciated that I was looking for a stable relationship, even hinting that she could supply the stability I craved.

I loved what she was telling me and saw what she had to offer, but I also knew that she was still finding her path, and after college, she may want to go in a different direction.

I decided that if Courtney wanted to date after she finished college, I would be open to that. But until then, despite her maturity and mindfulness, I wanted her to travel her path without any pressure from me.

Courtney admired my experience and delegated making decisions to me. She wanted an older man because of my maturity, which in her eyes, made us compatible. She also liked that I wasn’t into video games or consumed by my phone every waking moment, as younger men are. She loved that I had a life beyond electronics.

Courtney represented most of what I looked for in a partner. But at 18, she still had a lot of decisions to make about her life. A college education is intended to open one’s mind. The process of learning and being challenged changes people for the better. The 22-year-old Courtney will be more mature and wiser than the innocent, cheerful 18-year-old.

Love is love, and love is not restricted by age. Before meeting Courtney, I had been dating a deaf girl. Her mindfulness and maturity impressed me to the point that her deafness didn’t matter. I couldn’t help comparing: if Courtney had the maturity of the deaf girl, I still don’t think I’d keep a relationship with Courtney while she attended college.

I broke it off with her the summer before her school began. It is a much different experience for an 18-year-old dating a 30-year-old, then a mature 20-something that she would become.

If anyone asked me, I’d tell a 30-year-old man who wants to date an 18-year old to do it but to keep it casual. Getting involved with a teenager has its benefits, such as youth and beauty, things that make a man feel younger and more alive. However, a man should not impede the girl’s path in life, and he should encourage her to develop herself further and to make her own decisions. Make it clear to her you are not seeking a relationship with her. She’ll appreciate your being upfront and honest with her.