Everyone has known an Aquarius in their lives, and if you had a friend who was born between January 20th and February 19th, you likely remember him better than any of your other friends. You can always feel an Aquarius, even when he’s completely silent. If you’ve met and plan on dating an Aquarius man, read on to find the best way to become unforgettable to him!

Celebrities who share this zodiac sign include Ashton Kutcher, Justin Timberlake, and Michael Jordan. Jennifer Aniston, Bella Poarch, Alicia Keys, and Shakira are found under this sign. So, what is it about Aquarius men that makes them so unique? And how do you go about meeting and dating them? 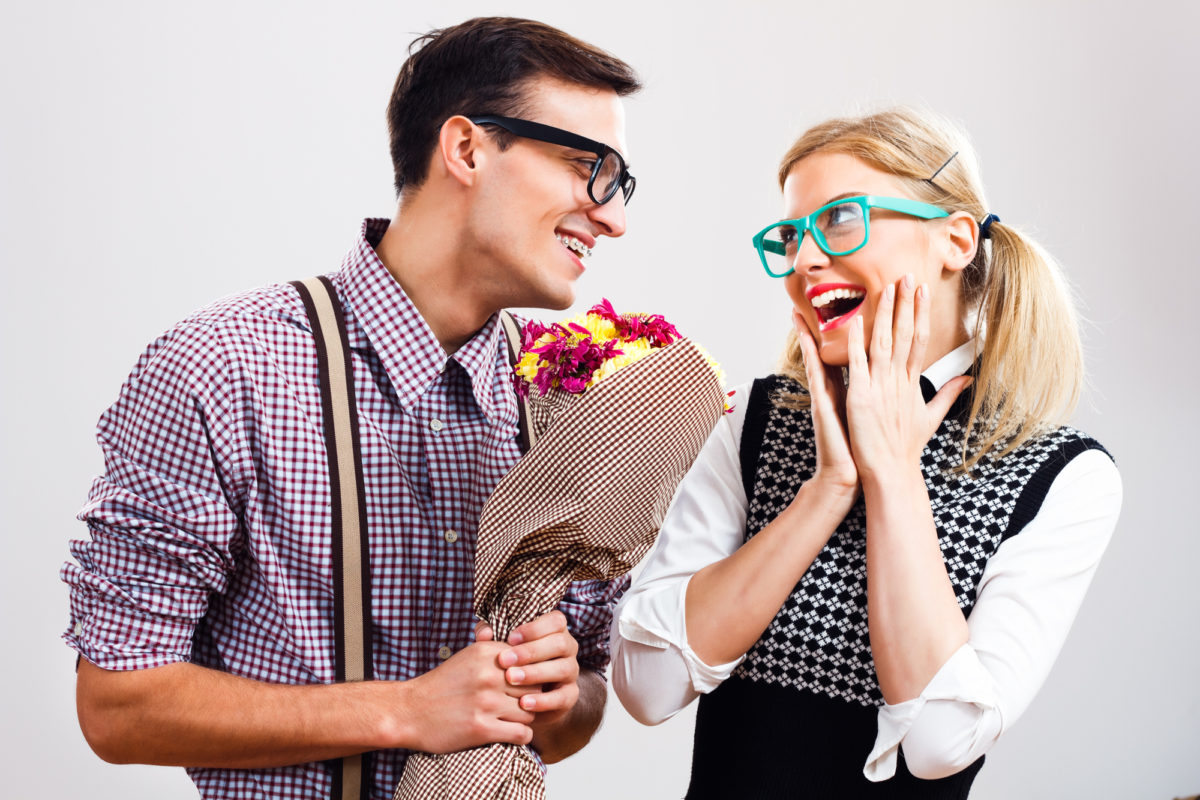 Aquarius men have inquisitive minds. Many become scientists, or, using the other part of the brain, they are artists, writers, and musicians. The one constant among all Aquarius men is that they seem to exist on another plane of existence. They seem to be in a world of their own, their thoughts focused on the orbits of the planets or cracking the code of a Beethoven piano sonata. This is what makes them lovable.

If you’ve dated a Capricorn or a Scorpio, Aquarius, a water sign, is the exact opposite. He’s friendly, lovable, and passionate about the important things in his life, including his partner. Here are a few recommendations to keep in mind before your first date with an Aquarius man.

An Aquarius man is original, clever, and creative. He will dress unconventionally; he’ll be talkative and his views about the world will be different than what you’ve learned. He’s different and that is what makes him attractive. Before long you’ll come to admire his brilliant mind and his unique problem-solving skills.

The best way to impress him is to show him your intellectual skills, which acts as a powerful aphrodisiac for Aquarius. Chats over dinner about arts and culture, such as comparing your country’s culture to a very different one, can lead to stimulating conversations that far outlast dinner.

#2. Appeal To His Eccentric Side

Wearing clothing that expresses your unique view about yourself and the world has a positive effect on your date with an Aquarius man. You can wear a miniskirt and a revealing top, and your date won’t draw inappropriate conclusions about you. Since he is unconventional, you can be too.

You can wear the jewelry you wouldn’t normally wear with an outfit, try different kinds of makeup, do all the things you’ve wanted to with your appearance but held back. Your Aquarius date knows he’d different than others, and he sometimes can feel isolated. This is a fantastic opportunity to express your uniqueness by way of the clothing choices you make or and subjects you like to talk about.

We know that vanilla is conventional, and it can get predictable and dull. When you date an Aquarius, be different, and reject conventions. You will not regret it.

Men born under the Aquarius sign are free-thinking and cherish their freedom. Aquarius men and women have a lot of friends of the other sex, and even though many of those friends wish to have a romantic relationship with their Aquarius friend, it beds up as a purely platonic relationship.

If you come on too strong, he’ll be gone like the wind. He’s not clingy nor does he want you to be. He’s not about emotions and he doesn’t want to have deep discussions about feelings unless they are warranted. He has a lust for adventure and doesn’t want a woman who is too needy.

Somehow communicate to him that you’re cool and casual and that you can handle yourself. They don’t like stress, so they avoid it. When he asks you out, go along with it, say yes without much emotion.

#4. The Element Of Surprise Is Your Key To Success

You’ve been on a few dates with your Aquarius man and it’s moving in a direction you like. How do you keep it strong? Keep surprising him! Aquarius men love surprises since they’re curious about everything. They love to learn and love experiencing new things. Like you, they want a spicy and fulfilling relationship.

The shock factor works well with an Aquarius man. He loves surprises and will most like to go along with them just for sheer enjoyment.

#5. Use Reason And Logic Instead of Emotions

All the stimulation an Aquarius man feels happens in his brain. This includes sex. He prefers to think things through rationally instead of dipping into emotions to work things out. If you want the two of you to go on a hike through the mountains, instead of telling him how nice it would be to just be alone together, mention to him that the view is amazing and the hike is great exercise.

If you get into a fight, Separate your feelings and your thinking mind before speaking. Tell him that something he did inconvenience you, rather than the fact that you didn’t appreciate his behavior.

How do you want your Aquarius man to see you? Do you want him to look at you as a sexual object? If so, then convey that through your clothes and your actions. He will see you that way if you want him to.

Otherwise, dating an Aquarius man gives you insight that he’s patient and considerate, someone who enjoys the chase. Sometimes, he’ll need to be reminded that it’s time to take action and find out what his feelings are about you.

Don’t worry, he’s been thinking about you the whole time, trying to decide if you’re a good match as a relationship partner. But at some point, you’ll want him to decide once and for all.

Dating an Aquarius man will open new vistas of experience and expose youth o a wholly unique way of looming at the world. Aquarius looks at sex as an adventure, so if you suggest doing something kinky and not at all vanilla, he’ll be accepting of your kink and will likely try it with you.

Be real and down to earth. Be rational and be interested in him while you create your mystique.