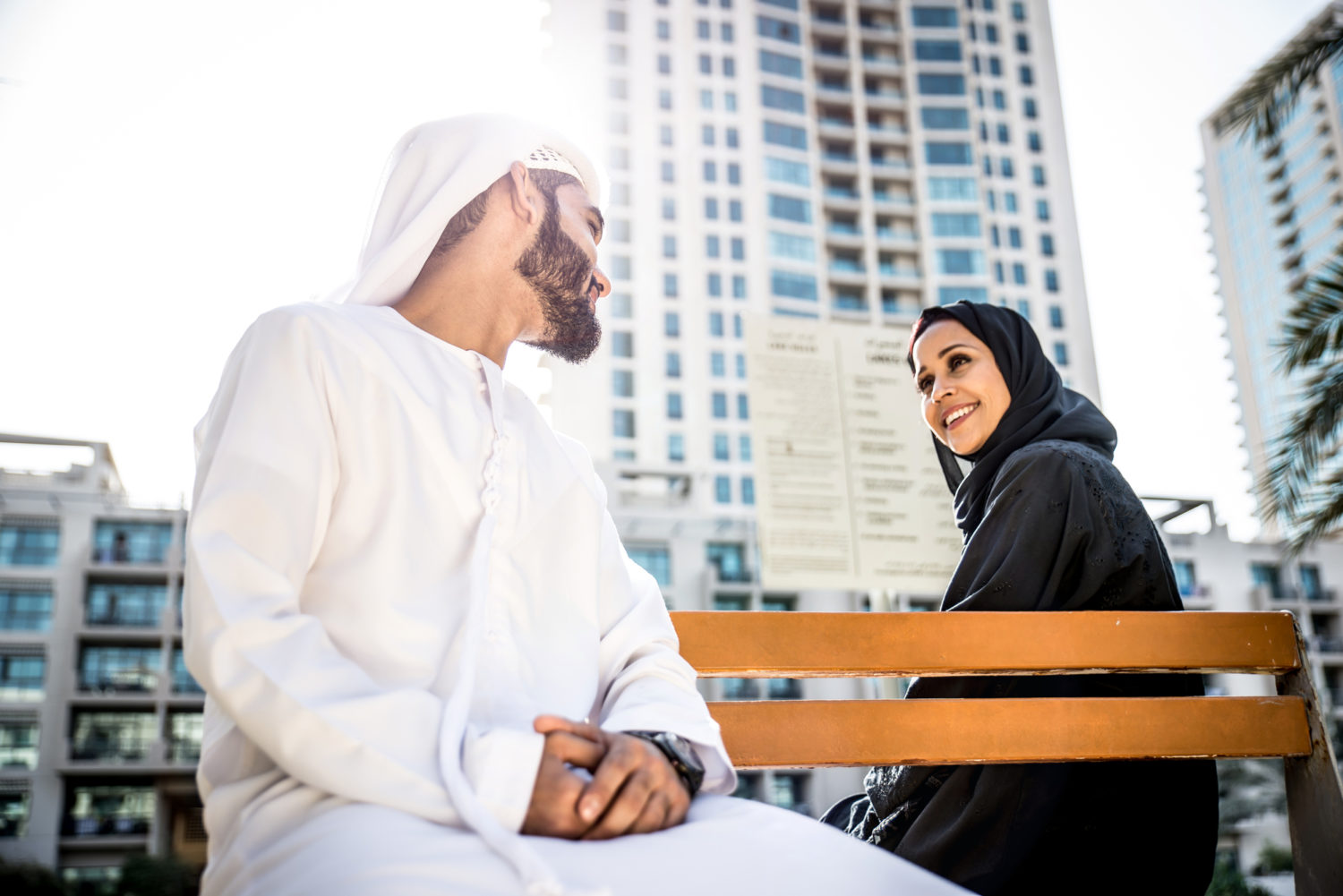 The United Arab Emirates has become one of the most prominent tourist destinations in the world, recording a whopping 20 million annual tourist visits in 2017 alone. In addition, Dubai is one of the Middle East’s busiest business hubs, a place where business people and entrepreneurs visit year-round for relaxing and making business deals. Along with the growing number of visitors, free dating sites are available like never before!

The UAE has laws and rules about dating that are unique to Dubai and nowhere else. It’s important to know that dating is different in Dubai due to their extremely strict rules about romance. For example, even mild public displays of affection are illegal. You can be thrown in jail for making out in public. The freedoms enjoyed in other parts of the world are not tolerated in Dubai.

The good news is that compared to other states in the UAE, Dubai is very liberal. The tourism industry in Dubai is powerful when matched against Islamic law. Thousands of unmarried men and women visit Dubai every week. Islamic law forbids unmarried couples from living together, but some hotels in Dubai will turn a blind eye. However, always take precautions about what you say and do.

As of the date of this article, Muslima is still the biggest, most popular dating site for visitors to the United Arab Emirates. Muslima currently has about 7.5 million members.

Muslima also has the most Muslim members who are seeking a “hookup” with a traveler. Dating sites in the UAE are called hookup sites, but that doesn’t necessarily mean every user is looking to make a sexual connection.

The site is loaded with matrimonial testimonials from people who’ve through the site. But, of course, if you want to date someone from Dubai, you can do that too.

When you go to www.muslima.com, all you need to do is create a profile, upload a picture or two of yourself, and start communicating. You can browse pics of potential dates for free. Muslima is part of the international Cupid network. It’s reliable and professional.

Women have the upper hand with Bumble. The dating site is like Tinder, as you can swipe right or left to pick and to message, but there’s one significant difference.

Once two people show interest, guys have to wait for the woman to “break the ice” and send the first message. Only then can he respond. Kind of like “Sadie Hawkins Day” in the United States when girls traditionally ask out guys.

Bumble is a Ladies First” website and app. The match lasts 24 hours, and the woman must respond within that time before the match expires. The same applies to guys – once you send a message, he has 24 hours to respond. Once you’ve both responded, there’s no longer a 24-hour limit so you can chat without any expiration of the match.

The popular US and European apps are also very popular in Dubai. Match is without doubt the largest dating site in the world, so no matter where you travel, you can rely on Match to help you meet someone.

Thousands of the local people in Dubai use Match regularly. In addition, Match is one of the most culturally diverse sites in the world. It’s easy to use either on a laptop or on your smartphone.

The userbase with Match is somewhat smaller than sites like Muslima, but you can still meet someone who does not use other dating platforms.

Let’s talk about Love Habibi, the largest dating site specific to Dubai. Here you will find a diverse mixture of Arabs, Arab Christians and Muslims, and other denominations. This means there’s no judgment, giving Love Habibi a welcoming vibe.

Their website says Love Habibi is run by “regular people…who run the site as a labor of love.” It seems everyone knows what it’s like to be in a strange but exciting place and you just want to share the experience with someone.

This means you can meet up with a guy just for friendship, and for more if that’s what you’re looking for. Love Habibi is a local site not owned by a large corporation that uses the same algorithms no matter where you are in the world. This site caters mostly to Dubai and the residents and visitors there.

This is one of the most laid-back, casual dating sites I’ve researched so far. Registration is free, and a photo isn’t required, although it certainly helps.

People on this site are listed randomly on the first view, with all ages and countries of origin also random.

One of the best things about the site is it’s free. You can message, make contact without a fee, and scroll through all the photos and profiles at no cost.

The majority of Dubai residents are Islam; however, Dubai is a rare gem in the Middle East because the people there are respectful of any religion. Dubai, like most of the Middle East, is patriarchal, which might explain the strict rules they have about dating and public displays of affection.

75% of the population is male, and 25% female. This means there’s little competition in dating a man native to the UAE. However, you don’t need to limit yourself. On any given day you can see Europeans, Americans, Asians, and Moroccans visiting the city.

If you meet the man of your dreams, avoid moving in together, because the laws are strict about non-married couples living together. LGBT women should take extra care, and not hold hands in public.

Alcohol consumption is permitted, but only in certain places. Plan on having a good time with your date by drinking one of the incredibly delicious fruit concoctions made in the city.

Dubai is an affluent city. With money comes scammers. Be on the lookout and avoid dating scams. People come to Dubai, a city awash in cash, with the sole intention of taking money from strangers, so beware!