I’m going to share a personal experience I had on Google hangouts. It happened about two years ago and to this day, I shake my head and wonder how I could have been deceived, then swindled so easily. Men beware! Google hangout scams are real. Yes, you can be conned into giving out money, or even worse, your identity. Here I’ll relate what happened to me, and how you prevent being scammed.

Some scams are easy to see: the scammer makes a lot of grammar and spelling errors, or they introduce themselves and then immediately launch into their desire to meet you without waiting for answers to questions about you. But others are well-versed in the art of the con. My main mistake was getting caught up by one who sounded completely reasonable but only wanted some money to get by. The moment I clicked “send” to transfer cash, I knew I’d been scammed. Here are some techniques and warnings I want to share with guys about female (or female impersonating) scammers. 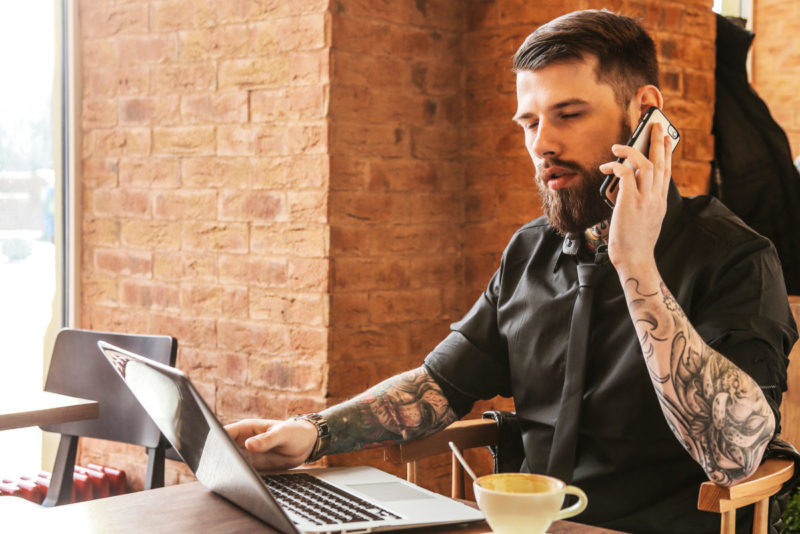 Romance scams reached a record 302 million dollars in losses reported to the U.S. Federal Trade Commission in 2020. That’s up about 50% from 2019. Scammers and grifters are getting better at their craft.

More cunning scammers, the most successful, are also the most patient. They won’t ask for money upfront. Instead, their objective is to get you to like them. Once you find them appealing, you’re more susceptible to them and you want to help them. At this point, they will ask you for money. Here is how it works:

You’ll first be contacted on a popular social media site like Facebook, Twitter, or a dating website. Those better at this won’t send a picture right away. The obvious scams are the ones where the scammer sends a photo, usually of a very attractive woman, then asks you about yourself. It can often feel like speed dating because they move from a Hello, followed by a photo, followed by their interest in getting together, without you having posted a photo of yourself of having told them anything.

Effective scammers ask you where you live, then they tell you where they live (usually a city somewhere in the same country as you). Next, you’ll ask for a photo of them. The pic they send is not always a model, yet the photo shows an attractive woman, dressed plainly with a little makeup. They ask you for your picture next.

Once they’ve earned your trust, they will ask you to switch to Google Hangouts, a site not as popular for dating as other sites.

Scammers Have A Talent For Manipulating Men

Men are the number one target for scammers. The woman in the picture the scammer sent me was exactly the kind of woman I’m attracted to! We, men, are visual creatures, and photos are the best way to break the ice with a man. Now he knows what the “woman” he is talking to looks like.

Men looking for women online will do a lot to get together and have a date that, unfortunately, never happen. Men want to be “knights in shining armor,” and we are hardwired to help women in distress. It’s especially important to keep emotions in check while chatting with any stranger, but especially when getting involved with a scammer.

Be Aware Of What You Are Doing

Mindfulness is key when chatting with anyone online. When you talk to someone online, pretend you can see yourself from above, or like within yourself like a “fly on the wall.” Keep track of the steps you are taking with this person.

Always be aware that you may be talking to an impostor. Don’t ever assume that the person presenting herself is who she says she is.

Do not ever send money to anyone online you don’t know and never do favors or do favors. Don’t receive packages on their behalf.  Do not offer to cash certified checks. In other words, you should only engage in these activities with someone you know very well.

Don’t give out personal information like your home address, your email address, or even your phone number. not send him as much as a postage stamp. When she realizes you’ve got nothing to offer her, she’ll have less time for you or may cut you off completely.

I met a woman online who claimed she served in the U.S. military and that she was currently stationed in Yugoslavia. She chatted with a good command of English. She kept sending me photos I didn’t ask for of her in her army barracks. There was never anyone else in the photos.

Yet they looked legitimate to me, back when I was desperate for a connection. She didn’t ask for money until 2 weeks after we first met. By this point, I was excited to meet her. I sent her some cash via Western Union.

It was less than $100.00, though she husked for $500.00. Part of my brain wanted this to be real, but another part remained cautious. After she confirmed receiving the money, she asked me to a cashier’s check for her in my bank, because American currency was stronger than currency there. Now, I began asking questions, and to the scammer’s credit, they hung on until I accused them of scamming me. People also call it yahoo dating format.

Nowadays, I only chat with women on sites like AdultFriendFinder, because the vast majority of subscribers are legitimate. It’s easy to pick out false, made-up profiles.

Here in the United States, one of the best sites that track Google Hangouts scams is consumer.ftc.gov. There you will find advice on how to protect yourself online against increasingly sophisticated scams. In the United Kingdom and Europe, I strongly suggest www.ukbackgroundchecks.com.

I’ve written about dating sites like Eharmony, a paid subscription service. Scammers avoid sites like this because of background checks.

Lastly, I’ve met women in person, and find it’s the safest way to connect. For hooking up and dating, I love AdultFriendFinder and have had more success there than I ever have with Facebook, Tinder, and Twitter. Men should beware of Google Hangout scams! Don’t ever move from the site where you met because there’s no legitimate reason to do so, especially a relatively unpopular site like Google Hangouts.

1 thought on “Google Hangouts Romance And Sex Scams In 2021”