I will give you a spoiler here. Yes, it can, but not right away. I have a group of workout friends. We meet up every morning for exercise, but every day is a different form. We bike, jog, do Zumba, hit the gym, and do yoga. We just wanted to have fun together when we started, not serious about losing weight or firming up. But as we continued with this pattern, we began to shift to healthier eating habits. And one suggested we try the Keto diet, and so all we did, together.

The Essence of Keto

It is eating fewer carbohydrates and more fats. What, did you say fats?  Yes, that is not a typo. 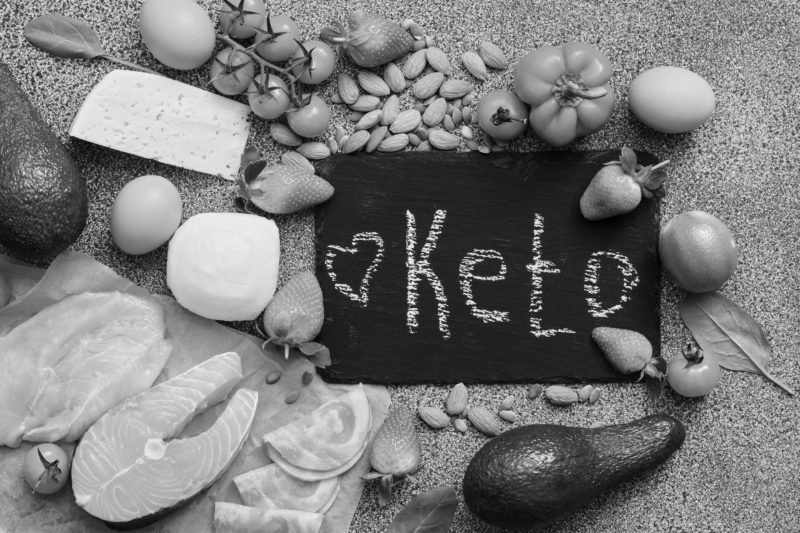 Our body runs on carbohydrates, but when there is none of that in our system, it will burn the fats instead. The medical term ketosis, from which the name of the diet is from, means a metabolic state that results from replacing carbs with fats.

We exchanged stories of our diet and how much weight we lost after one week. Then the conversation got more personal.

I said, “My husband thinks I have been getting moody since I started.”

A friend shared, “My pussy has been feeling dry, I mean, literally. And I know it is not menopause at all because I am only 30.”

Embarrassed, I shared another story, “I was having sex the other night, but I felt so bloated, and I farted like terrible. How’s that for a mood killer?”

One finally ventured to conclude, “It must be all this Keto diet and the stuff we are eating. How do we survive this?”

Like most things, Keto has both good and bad effects on the body:

The Keto diet makes us lose weight. In a week, as much as 11 lbs. Some may think it’s too small, but I thought it was monumental because we don’t starve.

With some research, we realized that what we were experiencing at the early stage of our diet was ‘Keto flu. It is common among new followers of the diet, although its intensity and duration vary based on other factors such as age, lifestyle, and other medical concerns. It is characterized by feeling sluggish, inconsistent sleep, nausea, bowel movement problems like diarrhea or constipation, vaginal dryness, and fruity-smelling urine. It doesn’t sound sexy, right?

Keto flu does not at all translate to feeling sexy. We feel lazy, bloated, tired, dry, and foul-smelling. Plus, the change in diet causes some hormonal imbalance, which just makes us feel moody and grouchy, dry, and not sexy.

There is no counting of calories or starvation. It is eating the right food.

Stay away from potatoes, pasta, soda and juices, and rice.

It was challenging to continue jogging and working out while feeling sluggish and lazy, but we kept on and persevered. Being active actually countered the effects of the Keto diet. But we just took care not to overtire ourselves, so we didn’t collapse or get sick. We also made sure to hydrate well while working out.

So when exactly does the flu end?  It varies with each person. I got over mine in two weeks. A friend finished hers in just a week. In contrast, another took to a month.

Another friend shared, “I did not want him to touch me. I felt sluggish and heavy, so instead, I touched myself. I played with my pussy in front of him while he jacked off, and he said it was one of the hottest things just to watch and not touch me.”

Our sex stories did not stop. “I did nothing. I did not even touch myself, but my husband was delighted. I watched him play with his cock, while I told him what I would do with it. It was a game of Imagine Me…. and he loved it!”

The happy ever after the Keto Flu

After my bout of Keto flu, I felt like a rabbit. Libido was up, and I felt I could go on and on with the exercise and healthy eating, just like an Energizer Bunny.

When my body had adjusted to the change in diet, my sex drive just surged up there. Research also linked high-fat diets with higher sex hormones, which could account for the change. As I consumed more fats, the libido became more phenomenal, much to my husband’s delight. He asked what foods he should buy for me to keep up my libido.

You may not be feeling so great right now if you just started your Keto diet, but don’t give up. Persevere and keep on eating the right foods. Keep active with your exercise routine and daily tasks.

Just be honest with your partner about the effects of the Keto diet and tell them to hold on just a bit longer. And make it worth the wait.