Impassioned lovers in the midst of erotic, intensely satisfying sexual intercourse. Breathlessly, she nears the end, the feeling building and building, and… Suddenly, he comes. Since the word “anticlimax” is defined as “letdown,” and “disappointment,” the terms likely came into being centuries ago when lovers were plagued with the same premature ejaculation issues that exist today. Men absolutely hate when this happens, because men feel accomplishment when they can please their partner. So, how to last longer in bed for men naturally? If this occurs more often than you’d like in your relationship (even once is displeasing!), here are 5 ways how to last longer in bed for men naturally. No pills, no injections, just good common sense ideas that works!

Change up Sex Positions for Variety and Male lasting power

When partners have sex in the same position or positions every time they come together, the body “remembers’ the position and the sensations which accompany it. The familiar, repeated sensations can actually work against men because their minds and bodies have expectations. Unconsciously, they may rush through the movements without being aware of it, resulting in early coitus. 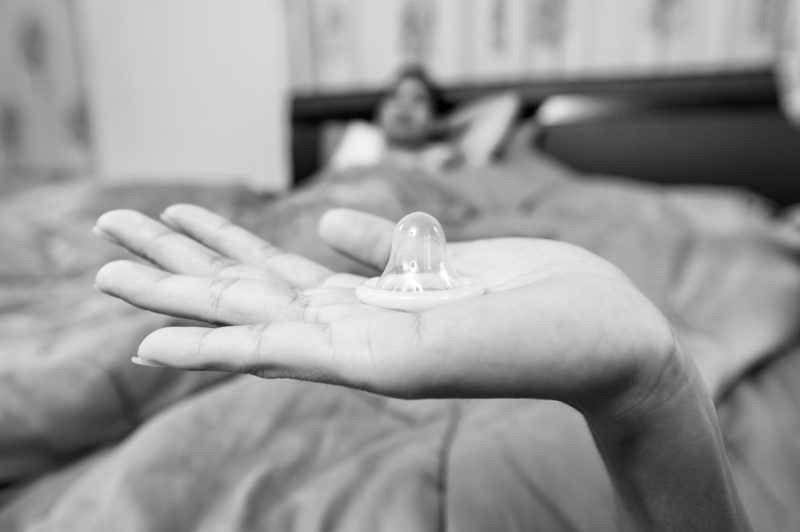 When premature ejaculation happens, knowing how to last longer in bed for men naturally means  a change in your approach. 1 great way I know is to change sex positions. Some sex positions actually stimulate women even more than men. In these positions, men feel less friction and women feel more. 2 positions that help satisfy both partners are:

If these two positions are done in tandem often enough, I’ve found that women will eventually begin having vaginal orgasms without clitoral stimulation.

Sex is in the brain. Sex is a mental process. All the sensations the body feels when having sexual activity is transmitted from the brain to the genitals and body parts. Once I had finished too fast at the worst time, when we only had one chance to be intimate. Even thought my partner said it was okay, I know she was disappointed.

The next time, I told myself breathe slowly and enjoy each moment of stimulation. Lying naked in bed, the 1st thing I did was force myself to slow down. 2nd, I ran my fingers through her hair, slowly. I wanted so badly to move on to the “best part,’, but I held back. I realized that for me and other guys, how to last longer in bed for men naturally meant to just relax and move at a snail’s pace.

We embraced, and her lips were warm and responsive to mine. My mouth and lips explored her lips and tongue and I didn’t remember how long we were kissing. It was wonderful.

I was distracted from having intercourse because I was enjoying foreplay too much. I ran my hands over her body and her skin was nice and soft. I was discovering things about my long-time lover’s body for the first time.  Fondling and kissing and moving our bodies closer was turning both of us on.

She stroked me gently but with enough of a grip to feel it. I sucked on her breasts and nipples, and then I came. We continued kissing and touching, and in a little while I was recharged and ready to go again. I penetrated her, and it felt a little less sensitive with pleasurable sensations I could handle. I was no longer worried that I would finish too quickly. My thrusts were longer and deeper.  I lasted long enough for her to have a satisfying orgasm. A moment later, I came again.

My partner told me later on that she really enjoyed what we did and admitted to having numerous smaller orgasms before her having her big one at the end.

Sometimes we just want to get right to it. Both partners impatient for intercourse to start. and to take away the anxiety of having a premature ejaculation, a condom will help you last longer.

The first reason condoms is onle way how to last longer in bed for men naturally, is that they diminish the sensations felt during sexual intercourse, so it allows men to enjoy the experience while also pleasing their lover.

2nd, wearing a condom lets a man continue to thrust until his partner as a satisfying orgasm. Then he can remove the condom and experience the last moments prior to climax with all the sensations.

Love Yourself Before Loving Her

There have been times when I’ve met someone and we’re on our 2nd or 3rd date, and we are both looking forward to taking the next step. I knew it would be my first experience with her and I’d be anxious if I disappointed us both by coming too fast.

This is simple and easy. When changing positions, stop for 30 seconds to a minute so the sensitivity of the penis wanes a little. Starting again will be like starting from the beginning and will answer how to last longer in bed for men naturally!

No man wants to ruin the moment by starting and then finishing only moments later. I learned to take precautions because not only is sex “anticlimactic” for my lover; it disappointed me too because I couldn’t enjoy the intimacy. We all want to make great memories for ourselves and ejaculating prematurely is never something to look back fondly upon.

These methods to avoid that are simple and easy, and they work. A woman who really cares for the man she’s with will have patience and understanding and will appreciate that men have been considerate and  are trying to please them.