My boyfriend and I went on a fantastic trip to Paris about a month ago. First, we ate fantastic food at a fancy restaurant. Afterward, we walked a few blocks to a club called Chez Louis, where we drank and danced for hours. The romance was in the air, and I’d never felt so close to him. We sat to rest at a table outside when a couple of men sat down. As we sat quietly, I noticed my boyfriend checking out the guys. His eyes moved up and down when the men stood up.

“Did you see them,” Rick, my boyfriend, said as the men walked away. “They are fine-looking guys.” I could only nod my head, wondering what Rick thought about. I made a mental note to talk to him about it later. 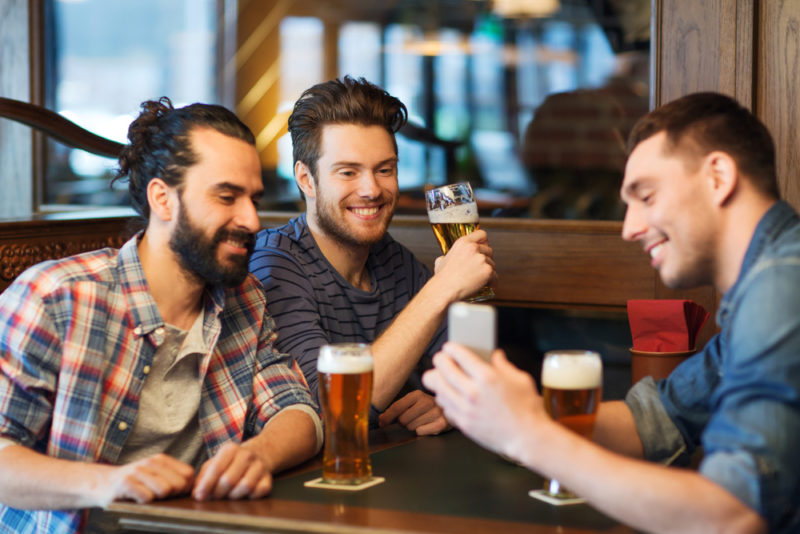 In another article in this series about dating and sexuality, I wrote about when I dated a Taurus man. I’d been researching men’s personalities based on their zodiac sign. My Taurus date checked out other guys too, and when I asked him about it, he spoke of the style of clothes they wore, but nothing beyond that. But not my boyfriend Rick. His interest lies with the men themselves.

Rick is a masculine man, and I never believed he was attracted to men. But now I wasn’t so sure. “I was checking their bodies out,” he said. I sat looking at him, getting panicky. Was he coming out?

“Last night, I checked out those guys. The first one has his shirt unbuttoned. His chest isn’t that big, you know. He was puffing out.”

“You were looking at his chest?” I asked.

Yeah. My chest is bigger, so I don’t have to push it out as he did. The second guy had a naturally bigger chest and looked like he worked out.”

I still didn’t know why he was checking out guys from his answer, so I pressed on.

“What about that group of guys who passed us a few minutes ago?”

“They were thin and a bit effeminate.”

I was dying to ask him if he found them attractive, but that would make Rick feel awkward, so I didn’t.

“I was comparing the men here to those in our country,” he said. “More guys go work on fitness where we come from,” Rick said.

Then, I knew why my boyfriend was checking out guys. He wasn’t vain, and he wasn’t attracted to other guys. He was sizing them up, just like women size up other women. He was comparing himself to them. But I still didn’t know why. I’ll admit I was amused and curious at the same time.

Men Do Size Each Other Up

According to Rick, he checks out other guys mainly to determine how likely he’d be able to take them in a physical fight situation. But I don’t think that was all of it. But I was glad to know it wasn’t only women who eye each other and compare themselves to each other. But we don’t do it thinking we’d have a physical altercation as men do.

I felt relieved because I’d been considering Rick as my life partner. We’d been dating for over a year, and we’d gotten close. Rick knew just what buttons to push in bed. His lovemaking skills took me to places I’d never been sexually, and I always wanted to feel that way with a man.

Men’s Instincts Make Them Check Out Other Guys

Half a million years ago, people were tribal—the most dominant males selected females to breed. As a result, men have always needed to be competitive with other males regarding food, location, and choosing mates.

Men are, to this day, hardwired to check out other men to determine the hierarchy. My boyfriend checked out other guys and decided whether he would be a match for another guy who might want to take away his mate.

I dated a Libra man and wrote about it in another article in this series. He was tall and handsome, and whenever we went to places with large groups of people, his eyes strayed from one man to the other. However, unlike my boyfriend Rick, Jason’s interest was sexual. He admitted later on that he was bisexual. Jason even admitted that when he saw handsome guys, he fantasized about what they looked like naked.

Now it was easy to compare Jason with Rick. Jason was excellent and exciting, with a  sharp intuition. Rick, in comparison, didn’t know what I was thinking half the time, but I was okay with that. Rick likes sports more than Jason did.

I’m not “typing” straight men and bisexual men. Rick prefers to be aloof about his feelings, while Jason preferred to talk about them with me. I enjoy both men’s company, but Rick is more grounded than Jason was.

My advice to other women asks them to go with their gut feelings about their dates. For example, let’s say you read a man’s profile on a great dating site like AdultFriendFinder.com and decide to date him.

When you’re on the date, check out his eyes and where they go. If you notice your date is checking out other guys, don’t draw any conclusions right away. Instead, wait to see how much attention he gives you.

After you’ve been dating for a while and become his steady girlfriend, determine if he’s bisexual (like the Libra man I dated) or if he’s making sure he can trust you to stay with him by your rejection of other guys.

Men are as complicated as women. We women look at other women’s shoes, their hairstyle, the dresses they wear, and the makeup they use. For me, women are so much more fascinating to look at than men, even though I am a straight female.

It’s both amusing and confusing that men don’t understand the mind of a woman. Rick operates on a liferent psychic level than I do. Women’s minds are imaginative and capricious, while men are more concrete and down to earth. They imagine realistic situations while women fantasize and adapt to new situations better than men.