Last week I found out my boyfriend left his phone behind by accident. It beeped and I picked it up and saw a photo that shocked me. It turns out that my boyfriend is attracted to trans women. 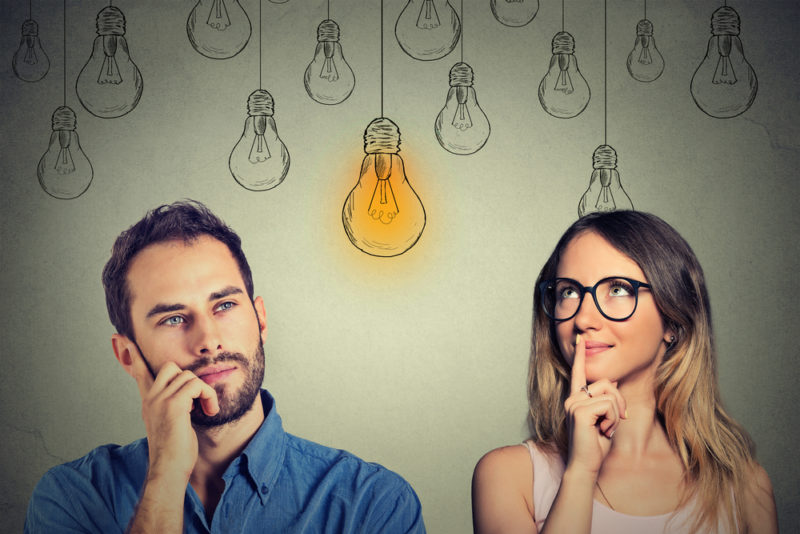 Josh apologized and I could see how embarrassed he was. He tried to assure me that he was attracted to the feminine part of trans women, but his primary attraction is to natural females. But his shame didn’t lessen my concern about our relationship. I began asking myself if he still found me attractive or did, he prefer women with male genitals?

What’s worse is that I found my boyfriend checking out other guys a few months ago. Panis set in. I gave so much of myself to Josh in the last two years, but I took a few steps back. A distance came between us. I didn’t feel like he was attracted to me anymore despite his constant assurances. I went to visit my family (it had been planned already so I didn’t make Josh feel worse) and decided to research on my own. I discovered that Josh’s attraction to trans women was common. I’d like to share this with women reading this in case this happens to them.

Men who are cisgender have fantasized about having sex with a trans woman. That is 1 man in 5. It turns out that this kind of male fantasy is much more common than I thought. I thought Josh’s interest in trans women was rare and took it personally.

There are all distinct kinds of men, each one with his unique fantasies. Some men won’t allow themselves to fantasize, instead preferring to fit a macho stereotype. This is the way it was when I traveled south and dated a country boy. Mind-blowing sex, spending time at a real ranch were all part of my country boy’s persona. At the end of the magical weekend, I was glad to leave. I realized how difficult it was for him to show his sensitive side. His life was the ranching business, his cowy clothes, and his standing in the community. There wasn’t any room for him to grow, and any fetishes or fantasies were not permitted.

I thought Josh was not attracted to me and that was the source of my grief. But the same research I explored meant Josh was telling the truth – his attraction to me is real. He is as straight as my country boy, and even more in touch with his feelings. Exploring one’s sexuality is a good thing, but would I accept that Josh permitted himself this fantasy about trans women? Did I feel threatened?

Transwomen fight hard to be identified as women, not men, no matter if they still have a cock. Josh is attracted to their femininity, and Josh does not fantasize about being with men. Accepting that Josh is as straight as any other man and is turned on by women made me feel better. It made Josh uncomfortable when we discussed his sexuality, but he assured me he felt no attraction to men. I believe him.

Wasn’t I Enough For Josh?

It all came down to this: I take care of my body; I exercise and eat right. Guys hit on me constantly, and Josh calls me “beautiful” and “sexy” when I put on a skimpy dress. I know when we get home, he’s going to ravage my body.

So why does his eye go to trans women? Could I accept that he fantasizes about other women?

I was heading back home in two days. I remembered when I was dating a Libra man. I didn’t plan on getting serious with him. His role was as a fuck buddy. That didn’t stop us from having personal, intimate conversations.

I began to see that Josh was attracted to women. In a locker room with big muscular men, Josh would not be turned on by the muscles and the physique men have. It’s the feminine aspect of trans women he’s attracted to. The only difference is that there is a penis in the equation. But it’s a penis on a woman.

Trans women emphasize their femininity, even being extra feminine. It is this that Josh is attracted to, even though she has a cock. But because she’s very feminine, the contrast between her womanly appearance and her cock is great.

I prepared to go back home. I understood Josh much better now. He should be able to explore his sexuality fully. I didn’t want him to feel frustrated, nor did I want to stop him from looking at trans women.

It’s been a liberating experience getting myself through this. Josh loves having sex with me, and when he’s on top of me in the heat of the moment, he looks into my eyes and we connect. The moment we make eye contact, I get ready to come. We make a connection in bed, so I believe it’s me he’s thinking about.

My boyfriend is attracted to trans women, and I accept it now. Who knows, maybe one day I’ll surprise him for his birthday and bring home a sexy, feminine trans woman and the three of us can explore our deeper sexual fantasies.