When I was in my twenties, my girlfriend made me wear dresses. I am cisgender, so I identify as a male. I am also straight. 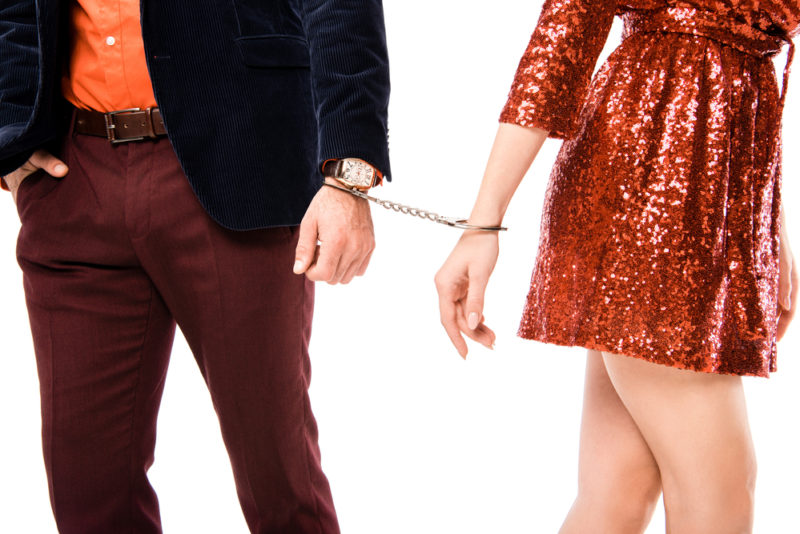 One Friday night, my girlfriend asked me to wear a dress, and she, in turn, would wear one of my outfits. Back then, I was slim and didn’t have muscle mass. I was tall and slight due to a childhood illness. “I think this would look great on you,” she said excitedly, bringing out a dress that looked great on her. We had been dating about half a year, and I was really into her. I’d do anything to please her. So, I agreed to try on her dress. Little did I know that was just the beginning.

I closed the bedroom door behind me, the black dress with little white dots in my hand. Why does Sara want me to wear a dress? I asked myself. It seemed kinky to me, but I’ve always been open-minded when it came to things like this. Once I dated a female cop and felt at times that our gender roles had reversed. I worked in an office while she worked out on the streets. But this was different: she wanted me to dress like a woman.

My girlfriend had always been tomboyish, and by that, she played softball and football on guys’ teams when she was a teenager. She loved whitewater rafting and challenging her body and always had a cut or bruise somewhere on it.

When I asked her why she was making me wear a dress, her answer was vague. “I just want to see what it looks like.” I made a mental note to ask her later, but I changed and put the dress on for now. Did she ask me to wear a dress because it was something fun to do? Was she belittling me? Did she want to take a male role in or relationship?

I walked out, and she looked at me much like guys look at women: her eyes moved from my head and down to my feet, sizing me up. “I like it. Now let’s make the look complete. Come with me.”

We walked into the bathroom, and on the counter was all her makeup, lipstick, and perfumes. I sat down, and she applied makeup foundation, lipstick, and blush. It flashed through my mind that she probably played games like “dress up” as a kid with one of her girlfriends and was now reliving those fun times through me. I hoped that was all it was, but I was to find out something more disturbing was going on.

I was repulsed and turned on, both at the same time. I felt my cock swell under the dress. I looked incredibly hot, and I had worn a prosthetic for my breasts. The look would be complete. But that didn’t happen. I asked myself why this was turning me on. Did Sara know something about me I didn’t know about myself? Is this why my girlfriend wanted me to put on a dress?

“Here. Put these on.” Sara handed me a pair of black women’s shoes. “I bought them in your size,” she said. I slipped my feet into the shoes and walked around, checking myself out often in the mirror.

I imagined trying role reversal kinky sex with her and then getting back into my clothes. But Sara’s reaction, though she smiled and nodded her head in approval, did not indicate she was turned on sexually. Her eyes were cold. I couldn’t read her. What was she thinking? What she said next killed the moment.

“Let’s go out to Bernie’s and show you off.” Bernie’s was a sports bar we’d go to where all my friends – and hers – hung out.

“No, Sara. I’m not going to Bernie’s dressed like a woman. All my friends are there.”

She pressed her body against mine and rubbed my cock. “Oh, come on. It’ll be fun. Then we can fuck our brains out when we get home later.” She squeezed my dick, and I became stiff, my cock making a tent of the dress.

Despite her encouragement, I resisted, and we argued. I wondered why my girlfriend made me wear a dress in the first place. It felt I was pressured into wearing a dress now. It wasn’t fun anymore. I saw another side of Sara now, a part of her that was controlling, bossy, and who wanted to dominate me. I could be kinky for a few hours, but I was only comfortable and secure in my male identity. This was going downhill fast. She practically insisted that I wear the dress out like that.

“I spent so much time putting on the makeup, buying shoes that fit you, everything. I planned this, and now you won’t play along.”

“You should have asked me first, Sara,” I said. “I would have said no. Alone together is one thing, but out in public is a dealbreaker. No way.”

As the days passed, I distanced myself emotionally from Sara. Finally, I texted her and told her I needed space for a while. Her response was, “Oh, I guess you do what you want now for yourself and not us.” Her text told me all I needed to know. She did not love me the way I wanted to be loved. So I broke up with her, and when I saw her in public with our mutual friends, I stayed as far away from her as possible.