Recently, I wrote an article called “Men Beware: Google Hangouts Scams.” Another effective scam on the internet is the “Yahoo Dating Format” scam. You may not recognize it by that name, but you’ve likely seen some of these scams in your email. Lately, though, the scammers (called “Yahoo Boys” or “Yahoo Girls”) are more sophisticated and use social media sites and certain popular dating sites. So how can you recognize when someone is using Yahoo format to try and scam you? 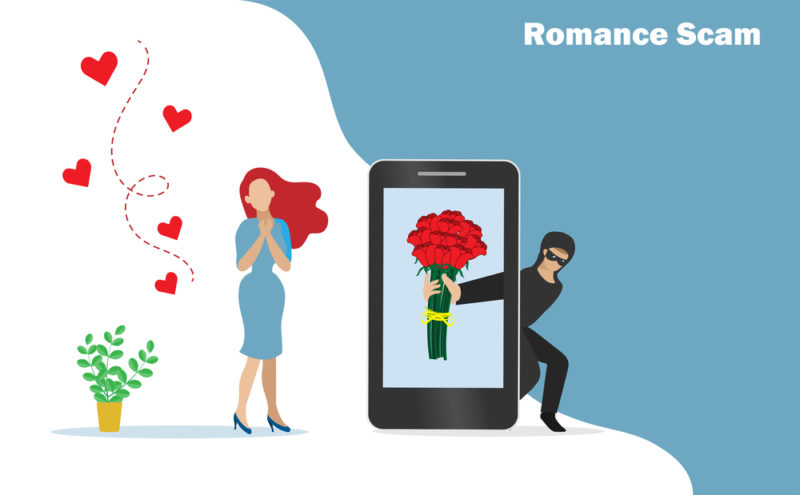 What is the Yahoo Dating Format?

This is called a “billing format” among scammers trying to learn this illicit business. This is a dating format that tries to trick a scammer’s client into sending the scammer money. The scammers can be male or female, but if you’ve been profiled as a man seeking a woman, they will post photos of women and will make you believe that you are talking to a woman, but it’s likely a man writing to you and posting the pictures.

The scammers frequently operate out of Nigeria. What you will notice from time to time is that they make grammatical errors in their writing. Keep this in mind, especially when someone you’re chatting with claims they are from an English-speaking country.

Then scammer using Yahoo dating format doesn’t want to talk to you on the phone, and they certainly don’t want to have video calls, because then you’ll find out you’ve been chatting with a man all along, and not the woman in the pictures they’ve been sending you. Not wanting to let you see them is one of the ways to recognize that someone is trying to get money from you by falsely claiming to be interested in you.

The scammer will not want to chat with you on WhatsApp or Messenger because these chat sites allow you to make video phone calls, and seeing that they are not who they pretend to be will undermine their scam. So instead, they prefer email, like Yahoo, or other platforms where you can’t initiate voice calls or video chat.

How Does the Scam Work?

Yahoo billing format is successful because scammers profile their victims and take their time asking for money. Scammers that identify themselves as females often target middle-aged or older men. They know, for example, that many men in their 40s and 50s are better off financially than men in their 20s or 30s. Also, younger men are dating regularly compared to older men who may be married.

Scammers try to create a positive “love-filled” atmosphere to dig into the hearts of men. Some less effective scammers may tell you they love you and find you attractive before seeing a picture of you or reading what you message them. This is an immediate red flag.

Scammers using the Yahoo dating format take time to work on their victim’s feelings and wait until they catch you. After a time, when you ask to meet them, they’ll tell you that although they love you, current circumstances don’t allow them to visit you. Now, they are planting a seed of need: you will ask them if they can do anything to help you meet them because they are becoming infatuated with you.

They may need money for a plane ticket or pay off a debt they have before they can book a flight or any of several reasons that sound completely understandable.

Once men offer to help the woman they’ve just met (and who loves them), they are eager to meet.

How They Get Away With Scamming

Online dating has become extremely popular since there are many legitimate ways to meet someone online, from dating sites like AdultFriendFinder and eharmony (which requires the user to create an extensive personal profile). However, scammers avoid these sites and prefer those where no background check is required.

Google Hangouts, the other article about scams found here, is sometimes still used by scammers, but the site is no longer that popular, creating suspicion in the user. Scammers try to give the impression that they are who they say they are, an attractive but lonely woman looking for love, usually of an older man. They will provide a legitimate Yahoo email address, which is called Yahoo Dating Format. Anyone you meet who gives you a Yahoo email address is a red flag, and a way to recognize the contact could be scamming you.

Next, they use a VPN to black the location they’re contacting you from, and that location, as I mentioned before, is Nigeria more often than not. Finally, they work off of scripts just like a call center does. There are Yahoo dating format scripts for needing money to pay rent and buy food, cash to buy airline tickets, or money to pay attorney fees for an inheritance.

Note that they won’t ask for this money upfront. Instead, the form letters they work off of are used after they’ve established a rapport. Nor do they appear desperate. They may not speak to you every day at first but wait a day or two to contact you again. The scripts always start with a word f endearment, like “honey” or “sweetie,” or “love.” Then, when they finally ask for money, the script starts, “Hello, honey, the silliest thing just happened,” or some other phrase to downplay the real purpose of talking with you.

Final Thoughts: How To Avoid Being Scammed

It’s a fact that some people need to be scammed and pay money to scammers using Yahoo Dating Format before they can prevent it from happening again. But if you know how to recognize that you’re dealing with a scammer, you can stop yourself from being tricked. Unfortunately, scammers only work on vulnerable people; their scam is so effective that it can happen to anyone.

Wait until they ask you for personal information, like a home address, a phone number, bank information, or your social security number. First, ask yourself why they are asking, then ask them directly. Of course, men want to help women out, so they may surrender more information, but remember, it’s not likely you are talking to an actual woman in the first place!

A scammer who is not friended to you on Facebook or follows you on Twitter will follow you suddenly and strike up a conversation. An effective way to check on Twitter is to determine how long this person has been on Twitter and how many followers they have. This is a red flag if they just signed on to Twitter and have only a few followers.

Stay with legitimate dating sites like AdultFriendFinder or eharmony. These sites are big, and scamming happens on these sites less than other social media sites. For example, Facebook or Twitter don’t ask for your background, but these sites do.

Last, now you know more about Yahoo Dating Format (that’s not dating a cowboy) and how to recognize it, always be wary when someone contacts you who you don’t know and seems to like you almost right away. Take care of yourself and always ask questions, and never send money to someone you don’t know online!