I have a friend who I’ll call Heather. She came to me for advice because she was dating a man with a baby on the way. Over the next couple of months, she’d call or visit me, and we’d talk about this man, who I’ll call Phil, whose ex-girlfriend was expecting a baby. Phil wanted to be in the child’s life after it was born and offered to help with raising it financially.

Heather and I were remarkably close, and we’d open up to each other about everything, especially men, and going into intimate detail about our relationships, how good the man we’re involved with is at sex, and even deeper, more personal details. 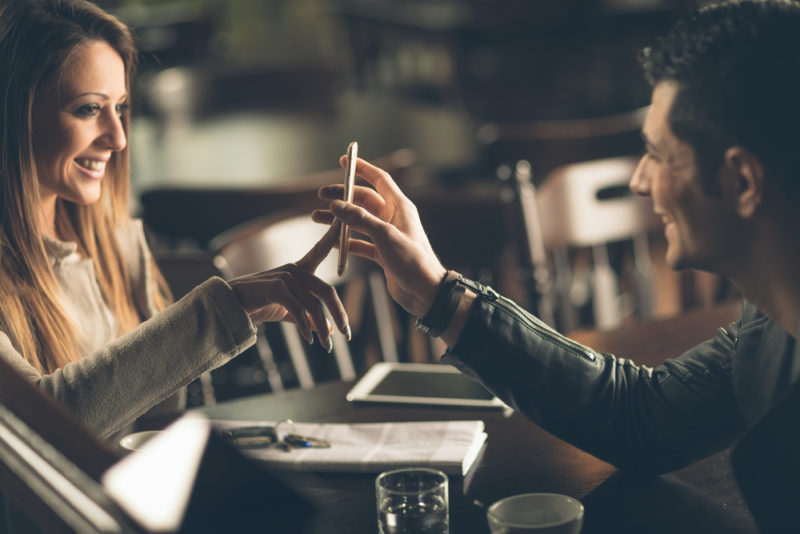 After a time, I began to understand why Heather liked Phil so much and why she was willing to stay with him. That is until he opened up and confessed to her. Heather came to me, upset, and told me all about it. I’d like to share in this article what I found out about Heather’s boyfriend and ultimately, the advice I gave her.

Is He Still Seeing His Ex?

His ex is expecting a baby, and they both agree the newborn will be his. He’ll likely have to see her from time to time after the baby is born, and he might want to help raise the child, be able to spend time with the child as it grows up.

Heather began dating Phil when his ex-girlfriend was 3 months pregnant. Over the next 3 months, Phil told me he went to see his ex from time to time to discuss visitation, and how long he’d stay in the picture.

Heather grew more attached to Phil over the next few months and her trust in Phil grew. Once I had started dating an Aries man, and over months I became closer to him. Like Phil did with Heather, my Aries man bought me gifts and told me he was always thinking about me.

Then I found out that during this same time, he had been sleeping with his ex-girlfriend. And worse, she became pregnant, while my Aries man kept spending time with me, sleeping with me overnight. The possibility that Phil was cheating on Heather with his pregnant girlfriend entered my mind, but I didn’t say anything because she seemed so happy, I didn’t want to burst her bubble. I should have said something earlier, but more on that later.

Know What You Are Getting Into

Some men will have complete custody and control of the child his ex-wife or ex-girlfriend gives birth to. Many young women dream of having a child of their own and getting involved with a man who already has children can make things complicated.

The man who has children may not want to have anymore, or he may want to have more. Women should ask themselves if they want children, and if they are in love with a man with kids, she should confide in him her desire to have children of her own. Knowing this upfront before making a serious commitment will help her find the best partner for what she wants, instead of solely helping raise another man’s children.

Are You Ready To Be A “Stepmother?”

Regardless of his visitation rights, you will have a custodial responsibility for his child. A few years back I was dating a cop who had a son with his ex-wife. I took an interest in the boy and so remained available to him as long as I could do so. There were weekends where I wished I could be alone with my man, but my cop had his child for the weekend.

Luckily for me, the boy was still young, just 7 years old, and we hit it off, so he’d start asking his Dad if Milena would be there. This made me feel warm inside.

On the other hand, some men you meet have children who are like monsters, who hate everything and don’t take well to their Dad’s girlfriend. I have not experienced this, but then again, I hardly ever met children through men I dated who were confused teenagers, unhappy with their divorced parents, and unhappy with themselves.

I asked Heather how she felt about playing the role of a stepmother-girlfriend. Heather could not answer me right away, so that raised a red flag in my mind. I told Heather about my experience with children of boyfriends, that you may want to do something with your partner, but he has his child staying with him for a few days. She admitted she wasn’t sure if this would work for her.

One Saturday morning, Heather came by, and we did a little shopping. In the car on the way home, Heather told me of the amazing sex life she had with Phil, and then told me in graphic detail how good he is at oral sex. I was getting a bit jealous when she told me about her 6 orgasms. More important, their amazing sex life only drew Heather closer to Phil.

That evening, Heather went on a date with Phil at her favorite Italian restaurant. At about 11 that night, Heather called me and asked me to come over. She sounded like she’d recently been crying.

She walked in, tears in her eyes. “Phil has been sleeping with his ex-girlfriend the whole time we’ve been dating,” she said. I admit I was surprised but the shock didn’t last long.

Once I was dating a cop, I became quite attached to him. I fell in love with him. But I believed him when he told me it had only been one time, and he’d been married to her for almost 20 years when it happened. But Phil cheating on Heather was different.

The cop I dated told the truth when he said he’d cut it off with his ex-wife. It was after almost a year we were together that it happened. I broke it off then, but after a while, I went back to him.

Phil was not telling the truth from Day One. He never admitted to sleeping with his ex-girlfriend, after Heather asked him once they became intimate together. Forgiving him was not a guarantee he wouldn’t do it again.

I learned through Heather’s and personal experience that there are millions of men with a baby on the way that can be trusted, but there are some men who will say anything just to hook up with a pretty, younger girl t satisfy his fantasies, not caring how he’d hurt his partner.

Heather was hurt and didn’t go out for a week after she found out. Phil kept contacting her, and eventually, she blocked his phone number.

The problem with dating a man with a baby on the way is the chance they may have sexual relations with their ex-partners since they had a sexual bond already established. It’s easier than having two girlfriends at the same time. In this case, Phil eventually rekindled a romance with his ex and went back to her. Heather’s wounds healed, making her smarter in her choices from then on.