High school was a different world than the real world. Back then, I was a junior dating a freshman. Thinking back to those days, I realize that there were rules a male junior had to abide by if he wanted to date a freshman girl.

Like many of the guys at my school, all I thought about, aside from classwork, was girls. My desire for the company of a girl knew no bounds. And there were always some girls in school who were willing to do things with boys. 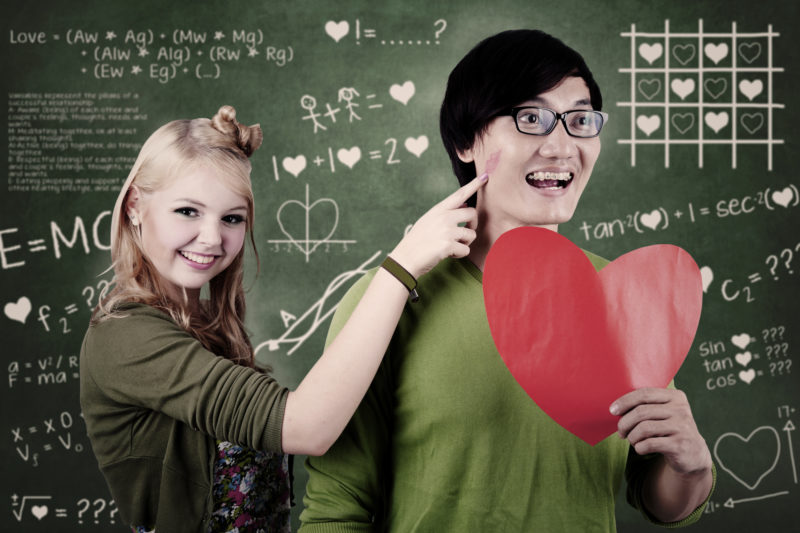 They gained a reputation for being “loose,” and guys who spent time with these girls would soon deny it, fearing they would be ostracized, while the girl’s reputation would sink even lower.

While I wanted to know what sex was like at 16, then 17 years old, I didn’t want just any girl who would let me sleep with her. I had standards, though it was tempting now and then, and I hoped to convince the freshman girl I ended up dating to go all the way with me.

Here are some things I learned from that experience, and why the age difference presented a real problem for me to get what I wanted.

I dated a freshman named Charlotte. She had just turned 15 when we started dating and I turned 17 during dating her. In high school, the difference between 15 and 17 is huge in terms of social groups, interests, and the activities we got involved in.

Not only that, but at 17, I was closer to being a legal adult than Charlotte. She had just come out of puberty and so was still “immature.” Charlotte, though just 15, was striking in appearance and mature for her age. I found myself enjoying her company increasingly and didn’t think about the fact that she was still growing, and her interests were changing all the time.

My interests changed too, and towards the end of our dating, I began to think about college, while Charlotte thought about dances and the high school prom.

Both Of Us Were Changing

In my junior and senior years, I was a party animal. I experimented in my senior year and dated a girl I met through www.adultfriendfinder.com. I began dating a stripper just for the experience, an older woman who I hit it off with. How could I think about dating a freshman after that experience?

But Charlotte wanted to try out new things too, and we drifted apart because I liked to drink and go to rock concerts while she liked to go with her friends into the city, going to restaurants, plays, and other cultural endeavors. I had no interest in such things in high school, but I do now.

Charlotte and I kissed a lot, and one weekend my parents went away, and I invited her over to stay overnight. She told her parents she was going to a sleepover at a friend’s house and had her friend over for her.

She arrived and I could see how happy she was to stay over. We watched TV for a while, cuddling on the couch, making out. I began squeezing her tits affectionately, and my hand moved down to her crotch. Charlotte spread her legs as I stroked her clitoris through her jeans.

Her hand ran across my jeans, my cock stiff and uncomfortable under my tighter jeans. She whispered, “Let’s go to bed,” sweetly in my ear and I couldn’t be happier.

We took off our clothes and the feel of her naked body next to mine was heavenly. Her pussy was wet, and I was rock hard, my cock pressing into her belly as we kissed and lie facing each other.

Charlotte came from a well-to-do family and her father trusted me to be lawful and not to have sexual intercourse with his daughter. In the sweetest way possible, Charlotte reminded me that we couldn’t go all the way because she respected the wishes of their parents. In addition, she was only 15.

The age of consent was 18 in New York, and neither one of us was 18. Feverishly I thought if we had sex, whether I’d be breaking the law. Technically, I was. But it didn’t matter.

She rode me on top, grinding against my stiff cock. She sucked my cock and moaned while she did so. We shifted into the 69 position and got each other off. I came more times than I could remember, and we went at it all night until the sun came up the next morning. Yet neither one of us felt tired.

I dropped Charlotte off at her friend’s house, who took charlotte home. Her parents never found out.

Once when I was a senior I dated a freshman, after Charlotte and I began drifting apart. I came across the same situation, and in this case, I was 18 years old. I decided at this time to break it off, even though we had become both emotionally and physically close. I had to admit to myself that when I was a junior dating a freshman, I still had strong feelings for Charlotte.

I fell in love with Charlotte; she was my first love. I wasn’t prepared to become emotionally involved with another girl just yet.

We drifted apart and went t different colleges. I was glad I held back and didn’t have sex with Charlotte, because it helped to preserve the great memories I have from that experience to this day.

Aside from the issue of legal sex with a minor, it is your heart that breaks if you are not careful. Teenagers are vulnerable emotionally and must try whatever they can to make sure they don’t get hurt.

1 thought on “A Junior Dating A Freshman”