I was going through my emails the other day and was surprised to find quite a few emails I’d never seen before, and they looked like spam from dating sites I checked out. I wondered, why am I getting spam emails from dating sites? It frustrated me because I get emails from my job containing time-sensitive documents I have to look at, but now that there’s so much junk on my list, they’re hard to find. I decided to find a way to stop getting emails I never asked for.

As the popularity of dating sites has grown, especially during the time of COVID-19, when we were all stuck inside, at the same time spam emails have tripled. I remember dating. I remember when I was dating a Pisces man last year, he complained about getting spammed after we connected on a dating site. Now, the same thing is happening to me. I am now dating a Sagittarius man, and he said he’s also getting spammed. 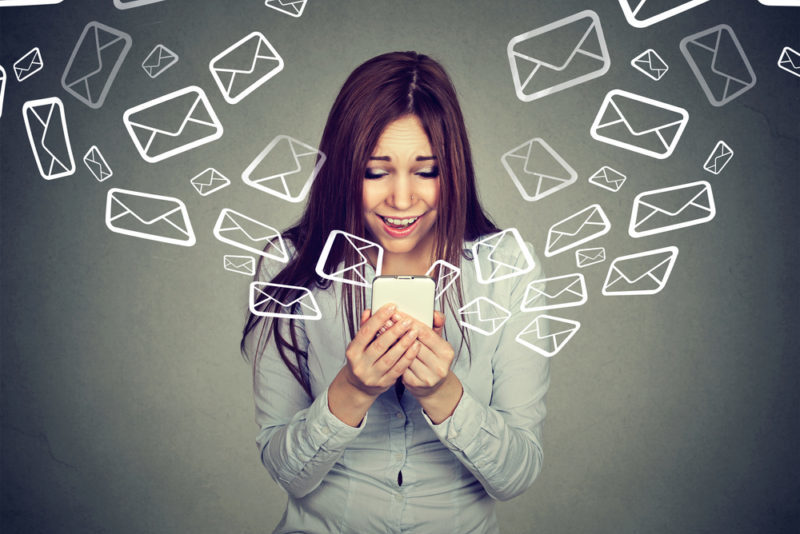 I’ve done the research and I’ve come up with a few solutions. But before I list them, remember that dating sites are businesses, and their main purpose is to make money. Some sites sell your information to other businesses online, so the business that bought your information begins to spam you. It’s important to keep your personal information intact, and never agree to share it with anyone but the dating site you use.

Make Sure To Use A Spam Filter

Every email service uses spam filters, and some work better than others. I have a Gmail account and it works very well in blocking spam. Gmail detects spam and moves it directly to your spam folder if they detect the mail might contain viruses.

Do You Have Antivirus Software On Your Computer?

I use Malwarebytes, but you are free to choose the one you like the best. These software downloads will block suspicious internets sites. Links in spam emails usually contain links and a lot of them have viruses that will get into your computer if you open those links. Best advice: just don’t open spam emails!

The Sender Purchased An Email List That Has Your Email Address

Email lists are a legitimate part of internet commerce today. However, hackers also purchase email lists and whose only purpose is to infect computers with malware. I was dating a Jamaican man who received an email telling him he was entitled to receive a large amount of money. He told me about the time clicked a link in a spam email and his laptop started acting strangely. A minute after he clicked the link, all the data in his computer, including sensitive personal files, all disappeared.

A Legitimate Website Will Give You The Option To Unsubscribe

When you get a suspicious email but still want to open it, scroll down to the bottom of the email and look for an “unsubscribe” option. In addition, most legitimate sites allow you to contact them if you have any questions.

Note that there are professional spammers out there for whom the unsubscribe button confirms to them that you have a valid email, and this opens the door for them to send you lots of spam. This makes things worse. The best you can do is not open any emails you’ve never seen before.

Don’t Ever Reply To Spam Emails

It can be tempting to reply to some spam emails. I had one that promised to give me a $100 gift coupon for an upscale cosmetic store, just for using their dating app, one which I’d never heard of. I bit my lip and opened the email, then saw a link to a website where I could claim my prize.

I clicked on the link and the website was blocked by Malwarebytes, my anti-malware software, with a message telling me that the site contained malware, and they recommended I go “back to safety.” If I hadn’t had Malwarebytes, malware would likely have invaded my computer. From that day forward, I stopped clicking links from spam emails. I labeled the email as spam, so I don’t receive them anymore from that site.

Dating sites were beneficial to me during the worst parts of the outbreak. I only dated twice during quarantine but made sure my dates weren’t sick and that they wear a mask when we got together.

I was dating an Aquarius man during quarantine. We had phone sex, video sex and we engaged in sexy texting. I masturbated a lot and became desperate to meet someone in the flesh.

I was glad my computer didn’t get infected with a virus from one of these sites. My laptop is awfully expensive, and it was my lifeline during quarantine. If malware were to invade it because I did something dumb like fall for a spam email, I would have lost contact with social media, other people I could talk to about loneliness and the difficulties of staying inside during the outbreak. I’m glad my computer stayed intact!

There’s so much freedom on the internet, and with that freedom comes danger, and the risk of losing computer files and personal information. One can’t be too careful these days. Always err on the side of caution and protect yourself. The best way to protect yourself is never to open an email from a sender you aren’t familiar with.

Since the day I first wondered why I am getting spam emails from dating sites, I’ve learned a lot. I want to protect my privacy and even when I agree for dating sites to sell my information, I make it a point never to use anything the sender offers. I like to make my own choices about which dating websites to use. And if something sounds too good to be true online, then it probably is.