One night I worked late at the office and on my way home, accidentally bumped into a man, who introduced himself as Doug. One week later, I was dating a married man! As a rule, before meeting Doug, I resolved never to become involved with anyone who was married, because it would get too messy and complicated, for him and me. But Doug swept me off my feet by catching me and my purse before I hit the ground by lifting me into his arms. 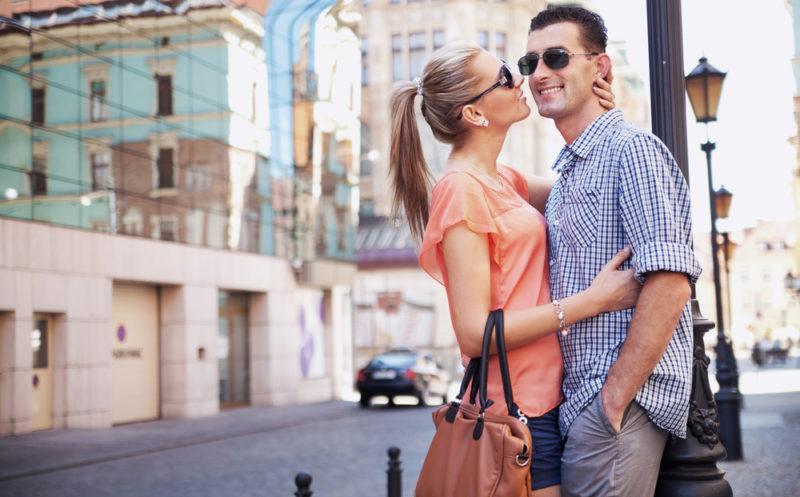 Today I could handle dating a married man – as long as I don’t fall in love with him. I’d like to share what I learned, and why I ended up feeling things I’d never feel today, because I look at married partners as a hookup, and nothing more. But if you’re involved with a married man now, and you have powerful feelings for him, it’s time for a reality check.

I was just out of college when I met Doug. I had returned to my hometown and realized that while I changed, the people in town and my friends had remained the same. I applied for a position in the city and was accepted and was glad to leave my roots behind.

Everything was new in the city and left me isolated and lonely. I met Doug at my weakest and most vulnerable state in one of the local markets. I literally slid on a banana in the supermarket’s produce section and Doug caught me just before hitting the ground.

It was during our first date when Dough confessed that he was married. I was simply happy for the company and despite his being married our relationship got more serious. We slept together on the next date. We planned our next date for the end of the night.

One of my first relationships was when I was dating a Capricorn man, back when I studied astrology. He was in a relationship, he told me, that was getting more serious, and he was confused. Back then and when I began dating a married man, I looked back and saw I never planned on dating guys who were in serious relationships, married or not.

I admit that with Doug, the married man, it began as exciting since we were always sneaking around to see each other. It made the sex we had hot and passionate. I came within a minute of Doug’s cock penetrating me, and I never felt so alive!

Sexual Chemistry Is Through The Roof

For the first couple of months, I counted the minutes until I saw him again. I learned that sex is the perfect antidote to loneliness, and I didn’t care that he was married. I was only glad to have a piece of him for the time I was allowed. When we weren’t together, we sexted each other, which turned to phone sex and then phone video sex.

Some women know what I mean about feeling sexual around the clock. I was always ready for Doug whether he was with me or not. I masturbated often on the days we just sexted, more than 5 times a day. And in our clandestine get-togethers I came over and over, and so did Doug. One weekend we went away to a bed and breakfast in the mountains, and I was hardly dressed during those three wonderful days. But something was wrong.

My feelings had grown for Doug, and it was no longer only about sex. I’d look at him as he slept next to me, watched him breathe, and wait for him to open his eyes.

The last time I had been so infatuated with a guy was when I was dating a Libra man. He was extremely popular and was intellectually, and musically gifted. I used to watch him as he slept, feeling the deepest joy right along with deep sorrow that I’d never have him all to myself because he was moving away for work. This is the same feeling I had about Doug, feeling both closer to him than any other man, with the knowledge that he would never be mine alone.

We talked about it, and at the end, he confessed how much he had invested in his wife and his children, financially and emotionally, even though his wife didn’t satisfy him. Years later I realized that Doug was trapped and as lonely as I was. With the clarity of thought, one has from a distance, Doug and I filled lonely hours together, but little more than that.

I admired the fact that Doug wanted to provide for his family and kids, but that left little for me.

All I could be to Doug was a second sexual partner, and nothing else. He couldn’t take care of my emotional needs, he couldn’t provide financial stability for me, I couldn’t have a child with him, and if I did, we’d have to keep it a secret. If his wife found out, I’d be the “other woman,” hated by his wife and living in the shadows.

Back then I thought little of myself. I was still learning about life and people, but I felt cheap, even dirty. I could not complete myself staying with Doug. If I were to have a meaningful relationship, it would have to be with a single man.

Although I don’t need a man to validate my feelings now, I still don’t like the idea of dating a married man. The tables might turn – he’d want to leave his wife and kids to be with me, but they’d always remain in his life, even if he divorced his wife. Besides, I don’t know if I’d want to become serious with him. I’m enjoying my freedom too much.

My advice for ladies interested in a married man is that you’ll have mind-blowing sex, but you’ll never be able to sustain a committed relationship with him due to his wife and children if he has them. He will always choose to go back to his wife, even if he loves every minute he spends with you.