I’d like to tell you about a relationship experience that happened to me when I was in my teens. My boyfriend hadn’t talked to me in a week after a fight. I was crazy in love with Damon, and the worst part of it wasn’t the fight itself, but that he was ignoring me.

Because I loved Damon so much, it hurt me badly that he never responded to my entreaties. When I got older and more mature, the same thing happened when I was dating a Jamaican man. When two days passed and he didn’t respond, I broke it off with him. That’s when he finally contacted me – but it was too late. 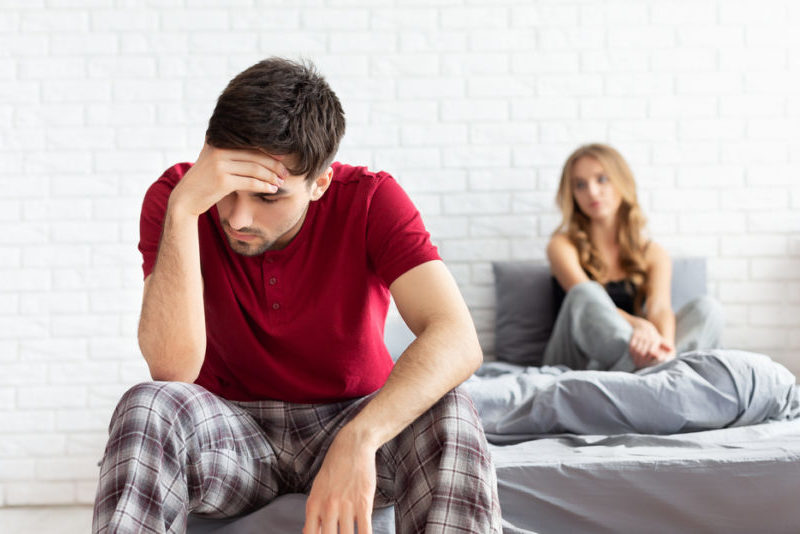 Damon was my first love, and since I was young, I didn’t know how to deal with the avalanche of emotions I had. I wanted to die. But I’ve since learned how to deal with being ignored, and what you can do to fight back.

What The Silent Treatment Means

Fighting in a relationship is often about control. If your partner gives you the silent treatment after a fight, no matter what the reason for the fight was, that means he’s exercising a form of control over you.

I fought with Damon because I was running late for a date. He arrived at my house at 8 o’clock and I wasn’t ready yet. Ten minutes later, I walked out to his car and got in. He sneered at me and asked me what took so long. I explained I had to finish chores my mother asked me to do.

Throughout the night, Damon was moody and quiet. At the end of the night, he dropped me off and didn’t kiss me goodbye. I wondered what I had done to deserve this?

It turned out Damon was upset because of something that happened before the date. He had spotted me talking to some guy in a store. He got jealous but never told me so. It was all so innocent. Damon wanted me to apologize for talking to the guy, but I refused. So, after our next date, he didn’t talk to me for a week.

Sometimes guys in our lives need some space. You may not be getting the silent treatment after all. People, especially guys, need time to process things that are happening in their lives, but they don’t share their feelings about it.

I was dating a Sagittarius man for about six months. A few months into our relationship and we were becoming very close. Two days had passed, and I didn’t hear from him and wondered if something was wrong.

Another three days passed and no word from my Sagittarius. I started to worry and wondered what I had done to deserve the silent treatment. Then he messaged me and asked if we could talk on the phone. He called me and admitted that he felt overwhelmed because he was afraid of the feelings, he was having for me, and he needed to put things in perspective.

My concerns were unjustified in the end. I was never the problem; he was just trying to work out his emotions and his feelings for me.

Apologize Whether It Was his Fault Or Yours

One of the common mistakes women make is to draw the wrong conclusions after a fight. It is usually the case that there is a different reason than we think when our boyfriends stop talking to us.

The best way to mend your relationship after a fight is to say you are sorry that for whatever you did. If he cares about you, he will confess that none of it was your fault. In fact, he likely will blame himself for the days he hasn’t talked to you and then explain to you why.

Remember, you haven’t talked to him in a week either. You have messaged him, but that was the extent of your communication. Calling him instead of texting can break the ice. Leave a loving and concerned voicemail, then follow it up with a text message telling him what you did.

When you reach out, even if you are blameless, can help mend fences and put an end to a fight.

You Need To Let Go And Move On

Different women have different thresholds for being ignored. But if you feel anguish and it becomes unendurable and your boyfriend seems insensitive to your sadness and keeps ignoring you, it might be time to move on.

I broke it off with Damon finally because he began to form a pattern. Soon, he began to ignore me the same way every time we disagreed. I realized then that I’d feel great joy one day, and deep sadness the next. Relationships are supposed to help you become emotionally stable, but Damon preferred to keep me on a rollercoaster, as a way to control me. Worse, he didn’t seem to care what feelings I had when he wouldn’t talk to me.

We could never work out in the long term. If Damon ignored me because he knew I would cave into his demands now, how would it be if we got married? I couldn’t endure it now, so after years of it, I would become a sad, depressed woman. I preferred no be happy.

Make Him Miss You After A Fight

Using the silent treatment can work both ways. If you become frustrated because he hasn’t talked to you in a week, two can play this game. It’s childish to do so, of course, but what you need to do is to go out and enjoy yourself. Go out on your own with friends and have fun. Don’t stay in the doldrums because he isn’t talking to you.

There is a famous saying that goes “live every day as if it were your last.” I was upset after my boyfriend Damon hadn’t talked to me in a week, but by the end of that week, I realized he didn’t care about my feelings. On the other hand, the Sagittarius man I dated cared so much about my feelings that he didn’t want to discuss our relationship until he understood his emotions. He waited because he didn’t want to hurt me.

I went out with friends after my boyfriend hadn’t talked to me all week. We went to the beach ad went swimming and sunbathing. A few guys came up and talked to us and that night invited us out to go dancing.

At first, I didn’t want to go because of Damon. My best friend talked me into it, and I ended up having one of the best experiences of my teenage years. I started talking to one of the guys during the week. He asked me out and I said I’d let him know.

That’s when Damon finally contacted me. I thought about the guy I met and felt I’d rather be with him than with Damon. I broke off from Damon and haven’t regretted it since.