One of my close friends, Holly, shared what it was like dating a navy seal. She allowed me to share her story in my ongoing series of articles about dating in the 21st century. Below is Holly’s story, in her own words:

I went through a phase in life where I was attracted to men in the military, so I decided to look exclusively for men who had served in the army, navy, marines, or the air force. I can’t explain the reason why I was drawn to these men, but I know part of it was the uniforms they wore, and another part was that these men had faced their fears with courage and bravery. Bravery is hot, and sometimes just watching them walking in my direction, stripes emblazoned on their shoulders, turned me on. 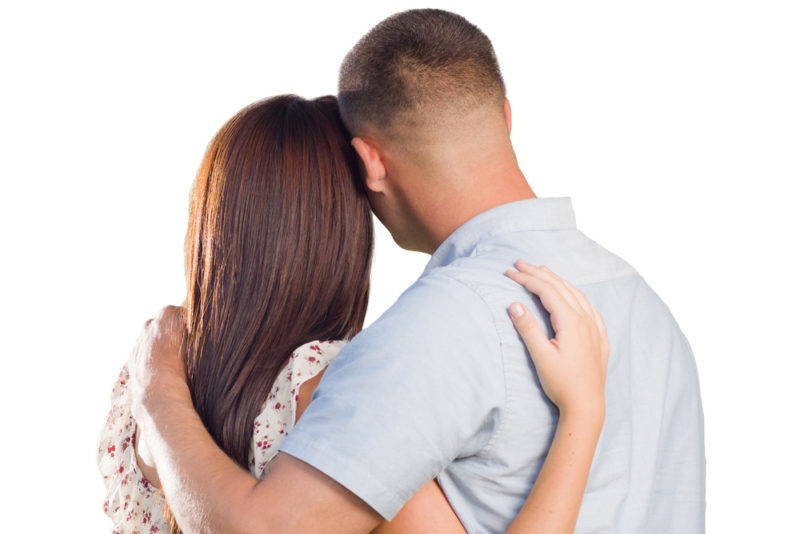 Milena and I talk a lot about our dates, and we learn a lot about men that way. Milena told me about what it was like dating a cop, a man she introduced me to. He was a brave man, handsome and mysterious. He seemed to carry a lot of secrets he would tell no one. The navy seal I dated was cut from the same cloth, rugged, mysterious, and courageous. I also sought a man in peak physical condition, with strong arms and a broad chest, who would love m violently and forcefully.

I created an account on Adult Friend Finder, indicating I was interested exclusively in navy seals. I posted the hottest profile picture I had and waited. I got my first reply in about an hour, and a man named Adam. He looked gorgeous in his Navy-blue uniform, and we started to chat. But Adam lived too far away, so I put any further communication on hold and waited for someone who lived closer.

At First, He Was Everything I Dreamed I Navy Seal Would be Like

Shortly afterward, I got a hit from a man named Nick, a young, recently retired Seal officer. I enjoyed messaging him; Nick was funny, texting a lot of “respectful” sexual innuendoes. I thought he was not only masculine, but he had intelligence, too.

We had a phone conversation the following day. His voice was thick and deep and vibrated in my ear, giving me a tingling, pleasing feeling. I was getting turned on and did not realize that my hand was in between my legs, talking and listening as I touched myself. He often answered questions by saying “Yes, ma’am,” or “no, ma’am,” a sign of respect I ad sorely missed with other boyfriends.

Like me, Nick lived in California, but we were still a couple of hundred miles away from each other. So I offered to drive down to Monterey to meet him, to which he agreed.

I Was What Some People Call A “Tag Chaser”

I relate my experience with Nick, but in all honesty, I fell in love with dating military men> Before Nick, I dated and slept with about a dozen soldiers of lower rank before deciding to date Navy Seals exclusively. I am proud of my sexuality and can claim I’ve never picked up diseases, nor have I ever become pregnant or have an abortion from my lifestyle.

I drove down the Pacific Coast Highway from Sacramento to Monterey, all the while fantasizing about Nick. Finally, we agreed to meet at a steak restaurant in the area. I pulled into the parking lot at 5 o’clock, checked my makeup in the mirror, brushed my hair, and straightened my dress before walking into Clyde’s Restaurant.

Milena related what it was like when she was dating a cowboy, as she wrote about in this series. I read her article and related to her when she said her legs got weak when she first met her cowboy. With Nick, it was the same. This tall, broad-shouldered man about 30 years old stood up to greet me at the table he reserved. He wore dark clothing, a tight sweater under a black leather blazer. I shook hands weakly, overwhelmed by his masculinity.

I sat down across from him and spoke about the drive there, and Nick all the while with a boyish grin, stroking his goatee with his fingers. I loved the attention he gave me, and I could tell he was admiring me. Finally, I excused myself to go to the restroom, and his eyes ran down the length of my dress and to my toned legs, supple and taut from my hours at the gym.

He Loved Me The Way I Needed To Be

When I communicated that I wanted to sleep with him that very night, Nick took me throughout the night and left me gasping for air. At one point, I almost stopped because my orgasms were getting too intense. I’d never been taken so far as I was on that first night dating a Navy Seal.

But most important to me wasn’t the sexual thrills. As I got to know this man, I learned about the importance of being honorable and self-discipline. I got to know Nick, and I fell in love with him. Loving him was bittersweet because he was only a semi-retired Seal, so about once a month, he was deployed to places he couldn’t share with me. I missed him when he was gone, and I feared for his safety and hoped he’d return as happy and as healthy as when he left.

Like my good friend Milena, I’d also once been dating an Aquarius man, who himself was a veteran. My Aquarius man was also loyal, honest, and respectful, but our interests were too wide apart for us to gain any traction.

Nick and I had our differences; it was not always love and romance. We’d had our squabbles, but none of them ever lasted more than a few hours. Bliss returned when we made up.

I feared that I’d gotten too close to Nick. I was 27 years old, and Nick was my first love. I’d never felt anything like it before and wanted to be with Nick for the rest o my life.

Before his last deployment, I had a sinking feeling in my heart and a sense of horrible dread I couldn’t explain. Then, Nick told me he had a surprise he’d open up about when he returned. He walked out the door and took one look back at me, and mouthed “I love you” silently. I closed the door and sat down, thinking.

Nick didn’t come back. Because of his status as a Navy Seal and the fact that we were still not married, I wasn’t privy to any updates. After a few months, I moved into an apartment and carried on with my life. It wasn’t for another five years that I heard from him again. His deployment continued for years, as it turned out.

I’ve since met a man who is an attorney, a bright, handsome man who loves me and accepts my previous life as a sexual explorer with many men. But the most important thing I learned, after dating a Navy Seal, is that they are men like just about any other. Love can come from anyone and anywhere, regardless of their background.