I’ll never forget high school, and one of the bright lights from those days was when I dated a freshman when I was a high school senior. I say that because Amy was so different from other girls in high school. She was smart, self-possessed, a young woman beyond her 16 years in maturity.

I was a young senior – my birthday is in December, but I had already turned 18 when I met Amy. Her family owned a house on a private road near a lake. Her family was wealthy, but that didn’t spoil Amy or her siblings. Our whole county was middle-upper class, but I felt awestruck when I first went to her large house up on the hill facing the lake. 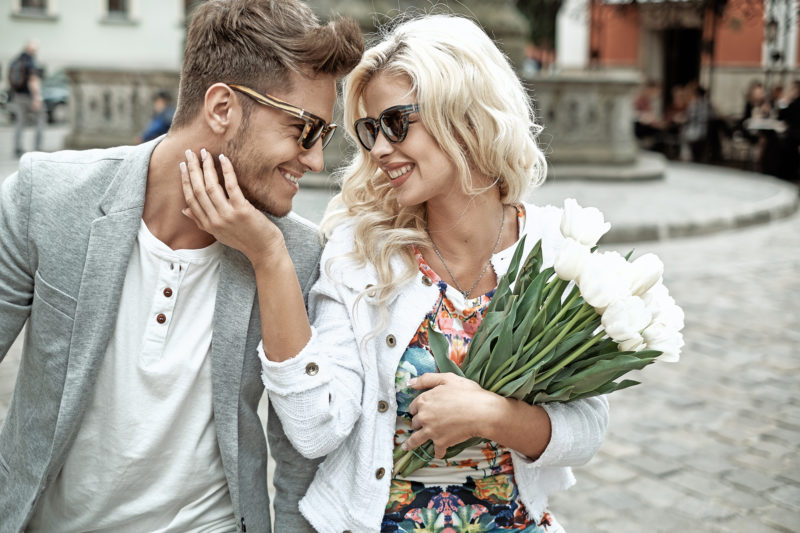 I was dating a Pagan girl when Amy and I met at the mall by accident. I was having sex regularly with her, until she went away to college and on her visit back, told me she had had sex with someone and gotten pregnant. She was remorseful, but I knew I couldn’t trust her again and broke it off.

But now a problem presented itself with Amy. She was just sixteen, and though more grown-up than my 19-year-old ex-girlfriend, I couldn’t just go to bed with her. Amy was a minor, and I had to rein in my desire for sex. But it wasn’t easy, and I think back wondering how I got through without going all the way.

Young Love Is Stronger Than Anything

I had a lot of hurdles to overcome when I took an interest in Amy. Since she was just 16, her parents, especially her father, were concerned about the age difference. Let’s face it, the concern was all about sex. Her Dad didn’t want his sweet, innocent daughter having sex with an older, more experienced man, fearing such a man could seduce her and possibly corrupt her.

Depending on what we did on our dates together, Amy and I wore clothes that fit the occasion, but Amy always looked fine, whether she wore tight, torn jeans at an outdoor concert or a sexy dress for a night of dancing. As time went on, I could sense Amy getting closer to me.

One afternoon I went to visit her at her house. Her parents were away so she let me in the door herself. I saw she had been crying so I asked what was wrong. We sat in the study of the sprawling residence, and she sat down, and the tears came on again. She confessed that she was in love with me, a feeling I was unfamiliar with, but Amy was a mature young woman for her age, a member of the Honor Society. Her head, in other words, was squarely set on her shoulders, even when it came to her emotions.

I didn’t know how to react, so I comforted her and accepted her love for me. It wasn’t until about a month or more later that I awoke one morning with Cupid’s arrow piercing my heart. In a panic, I realized that Amy was the center of my life, she was my everything and I finally understood how she felt about me, yet the feelings were so new, I feared what was in my heart more than embraced it.

Naturally, we wanted to be intimate with each other or at least naked together. That opportunity came when Amy’s parents and her siblings went on a trip to Europe. Amy decided to stay home, allowing us to spend the night together.

The Age Of Consent

Naturally, this lie in the back of my mind and came to the forefront the first weekend Amy and I spent together. I drove to her house late Friday afternoon and found her waiting for me wearing the sweetest smile.

Quickly we removed our clothes and moved to her bed naked, hungry to feel each other’s bodies. E embraced passionately, my cock hard against her belly. I stroked it up and down against her, imagining penetrating her, breaking her hymen, and thrusting deep into her.

I exercised admirable self-control because Amy told me in advance we could do everything except sexual intercourse, and because of the age of consent laws. Though her father liked and respected me, I didn’t know what he would do had he found out I had fucked his daughter. A pregnant 16-year-old with a bright future was something I didn’t want to be a part of, and I didn’t want Amy to lose out on college.

But she surprised me with her skills. It was heaven when she took my throbbing cock in her hand and stroked it, then sucked it with her lips tightly around it, moving it down her throat. By the next morning (we spent the night pleasuring each other), her oral skills were so good that I ejaculated as she pulled out my cock and spread my come on her tits and cheeks.

Soon after, everything we did together, physically, was so pleasurable that I forgot about fucking her, enjoying all the things we did together, licking her sweet-smelling pussy, making her come over and over, while she only got better at sucking me and knowing how to please me.

Respecting Her Wishes Brought The Idea Of Deeper Intimacy

Amy’s love was pure, sincere, and at the forefront of my thoughts. But a weekend came when we were alone in her college dorm room. I was now 19 and she was 17.  I once was dating a deaf girl and we were both older, so having sex in her dorm room was expected of her dorm mates. Amy’s dorm friends always smiled when they saw us together, and they too assumed we were having sex.

Time went on, as Amy turned 18, while I was now 21. Something in me had changed. I was out of college and in the real world, meeting and making lots of friends, and seeing professional, attractive women at work and in the clubs, I went to on the weekend with friends.

Amy wanted to wait until marriage to have intercourse, but on that last weekend, an opportunity presented itself. We were thrashing about the bed as usual in her dorm room, and without thinking I saw her spread legs and pushed the tip of my cock gently on the slit of her pussy. This time, she didn’t say or do anything. She just lie there and waited, breathing heavily. A moment later, she said, “go ahead.” With all the resolve I could muster, I didn’t, because I knew that if I did, I’d have to marry her.

Looking back on my time when I dated a freshman girl when I was a senior, from hindsight now I had in my hands the perfect woman for me, someone now lost forever. I had done right by waiting and respecting her wishes, and when I had the chance, I didn’t. I was not done exploring, I needed more life experience, but looking back I would have traded all that in just to have been with Amy.