I will be honest with you: Dating a trucker can be extremely hard. Both of you spend a lot of time apart, and you worry and wonder if he’s met someone, or even worse if I start to wonder if all the loneliness and the time spent without him is worth it.

Once I dated a doctor in residency who worked 16-hour days. If I just stuck with him for 2 more years, we’d have all the time in the world to spend together. But I just couldn’t do it, because I missed out on a lot of the fun and excitement partners in love have together. 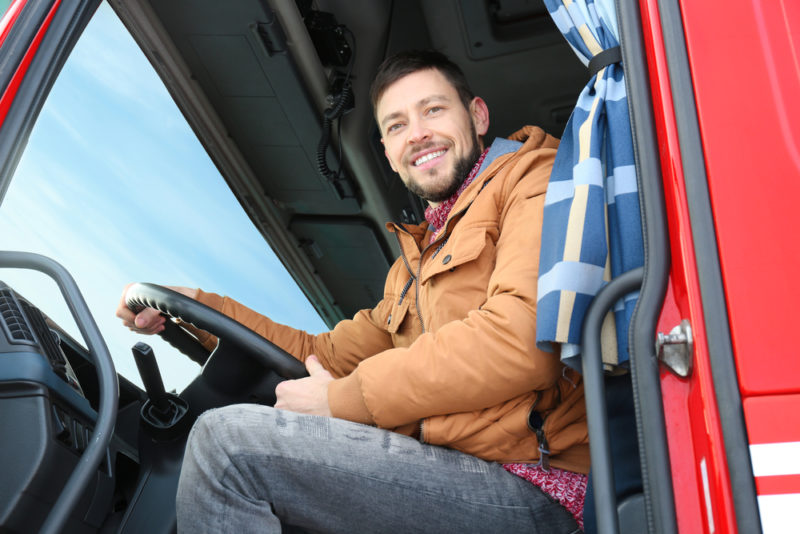 Then I met Dale, who is a trucker. Feelings for a man come regardless of his education or intellectual abilities. Dale was no office worker. He liked to travel, and he liked the freedom that trucking allowed him to have. But the catch was that it was always hard for Dale to meet someone more than a one-night stand for him. Until he met me.

I learned how to cope with the time away but it’s not for every woman. If you’re considering dating a trucker, here are some things to keep in mind.

He Will Be Away For Long Periods Of Time

Your truck driver will be away for extended periods. That’s the reality. A woman who has strong feelings because of her intimate connection with her trucker can sustain a long-distance relationship.

Should you decide to tie the know and move away from just dating a trucker, you’ll still need to accept that nothing will change, and there will be nights when you’re by yourself, wishing he was there instead of being 2,000 miles away.

Make The Most Of Your Time Together

Truckers get paid by how much time they put into making deliveries. When he comes back home, he can stay for 2 weeks or just 2 days. It’s important to make every minute count when he’s home.

Dale used to message me to tell me when he expected to come home. I’d do things around the house after work to create a romantic scene. Once I placed rose petals on the ground going from the front door and trailing into our bedroom. I knew Dale would be “hungry” when he got home, for a home-cooked meal instead of road food, and craving sex and intimacy.

I love negligees so I’d take one from the closet, then take a hot shower so my body was clean. Sometimes I’d even wear stockings because I knew Dale had a thing for them. He’d walk in the door and practically jogged into the bedroom, following the trail. I’d stand by the bed in my sexy, see-through gown and watch his eyes bulge. He’d walk up to me and squeeze me with his big arms, making me lose my breath. Then he’d take me, and I didn’t care a bit if he was sweaty from the work. He thrilled me, pressed down on my little body with his big, muscular body, and press his full weight on me as he came.

I made every day count, in and out of bed. I made sure he was eating right, that he had some new clothes to wear on his next trip, and I’d scheduled my time off from work to synch with his time at home.

Trust Is Critical When Dating A Trucker

Trust and communication are the most important things to have with your truck driver-partner. Not only is your life lonely and solitary, but his life is too. Women must be responsible during times of isolation and yearning. There’s no time for head games when you’re thousands of miles apart; it can lead to disaster.

I was dating a Pisces man named Jules. He was in pharmaceutical sales, and he worked on commission. This meant he had to travel o various places and often be far away from me.

There are female pharmaceutical sales reps too, and these women were very good-looking. I am proud not to be a jealous woman, but Jules would routinely meet other attractive sales reps in Las Vegas or New York for conferences and award dinners.

I had grown close to Jules, and I assumed he’d gotten closer to me. But he came home after a conference, head in hands, and confessed to sharing a room with another sales rep in Las Vegas. I was hurt and ended the relationship the next day. I promised myself never to get involved with a guy who traveled for a living ever again. Until I started dating a trucker named Dale.

I learned I could trust Dale, and now and then he’d send me flowers from wherever he was, telling me how much he missed me. He made it easy to wait for him because I thrilled at the touch of his hands and the feeling of his arms wrapped around me. Not every girl had it as easy.

I saw how dark and lonely it was at night, but I was glad to be there with him so we could share the bed in the back of the truck. It was a new sexual experience – having sex in a tractor-trailer at a rest stop – but because I shared with Dale his life, it drew me closer to him.

The most challenging and demanding thing about dating a trucker is dealing with lonely feelings and being separated from your man. Honestly, I felt selfish when we began dating because I felt like I was missing out on life and dating new men.

Sometime back I was dating a country boy. Like Dale, he was strong and rugged, but he owned and operated his family’s farm, was well-off, and never left home, despite his long hours. I began to consider him as a life partner. I’d have a huge ranch house to live in and all the luxuries I wanted.

I thought about my country boy while dating Dale the trucker. But Dale had a spark, tender masculinity, and a romantic nature that I never felt from my country boy.

Simply put, if you love someone, even if he’s away a lot like Dale is away, it can build character, as it did for me. I stopped only thinking about myself and focused on us instead. I realized how strong I was and have not regretted dating a trucker to this day.