This series of articles about my experience dating in the 21st century wouldn’t be complete without talking about that time I dated a millennial man. I consider myself a “generous” woman, meaning that I am open-minded and accepting of the foibles and idiosyncrasies of men I know, and try not to hold their quirks against them. I am patient to a fault and sometimes that gets me into trouble because it makes it difficult for me to leave after it becomes clear there is no hope it can go further, no matter how amazing things were, like sex, for instance.

I dated a millennial man who I’ll call Josh. He was younger than me by a few years, him 26 and me, 33. We met in a busy coffee shop, a place a go to a couple of times a week on my way to work. I sat scrolling through my phone and sipping a latte when from my left IU heard a man’s voice asking me how my coffee was. “How do you like your peppermint latte?” I turned and saw a young man with gorgeous, thick brown hair, with hair around his chin and mustache. His glasses, a subdued reddish tone, set a perfect contrast to his hair color. He smelled great, too. 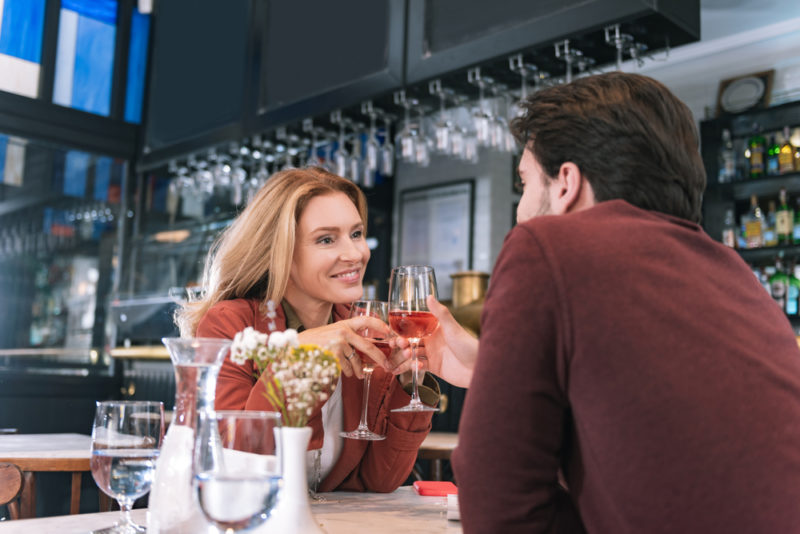 Was this man a player? I asked myself. He wasn’t, but he meticulously prepared himself before going out as I found out later. When I was dating an Egyptian man a few years ago (another article in this series), he always bathed after sex and spent an inordinate amount of time in the bathroom, trimming, shaving, looking in the mirror for imperfections.

Josh was a handsome man, with broad shoulders and a fantastically fit body. He was the sculpture of David when naked, except the part between the legs was much, much bigger. However, despite the incredible sex (more on that later), I found him to be below the standard in men I tried to keep. Let me explain.

My Millennial Man Was Not Mature

I’ve dated men from many different backgrounds and careers. I started dating a cop and the passion turned into a kind of love, for both of us. My police officer was brave, responsible, unafraid, and mature. He handled more problems in a day than most people did in a month.

Josh was… well, a child compared to my cop boyfriend. Josh, although one of the best-looking guys I’ve dated, became less attractive than other guys who didn’t have the great hair or other endowments Josh had.

I learned that these things didn’t matter. What women like, what gets their motors running, is emotional intelligence and who are mature and responsible. Sure, these qualities sound dull, but it makes up for other faults they have and makes bedroom intimacy much deeper.

One morning after a night together, Josh asked me if I knew how to balance my checkbook. I laughed at the question; why was he asking? I told him I don’t use checks, but I check my balance online every day and keep track of monthly charges against my account, and so on.

He smiled that sexy smile and said his balance was lower than he thought and said he didn’t have enough to go hiking that day. I offered to pay, out of fairness, but I didn’t expect him to agree to my paying for everything so quickly!

By the third date, I was raring for a hot evening in bed with Josh. We were on the couch in his apartment. Josh wasn’t big on eye contact but despite his looking down instead of in my eyes the kiss felt like a ball of fire exploded in my chest and down through my legs. I felt wet and wished I had worn underwear, but we didn’t stay on the couch for long.

We went into the bedroom and undressed on opposite sides of the bed. Josh stood only in his underwear, and I checked out his body. His shoulders were broad, and his chest was wide, set between his large biceps. But what fascinated me most was the enormous bulge in his tight underwear. I walked over and we embraced again standing. I reached down as we kissed and felt his bulge, quietly gasping at how big his dick felt. He stood back and pulled down his underwear, revealing a long, thick cock.

I cam multiple times after sucking on him, changing positions often, feeling his hard body pressing down on me in missionary, sweat dripping on my tits and shoulders from his thick brown hair.

I lay exhausted next to him looking up at the ceiling, wondering to myself the last time I felt this good. I heard Josh say, “I don’t like to get close to people, because I don’t want to get hurt.”

The next morning Josh was distant and refused my offer to make us breakfast. This pattern continued over the next few dates: getting close for sex, then a cold aloofness. I realized then the best we could be were fuck buddies but over time my impatience got the better of me. Josh couldn’t handle feelings, his o those coming from me. Despite the great sex, I broke up with him two weeks later.

Dating turned into a competition to see who could act like they cared less than the other. Hiding feelings, putting on an attitude as nothing mattered, relationships are shit, people are shit, behind a wall of self-involvement and total narcissism. I’d had enough. Not even his great body and big cock could keep me near him anymore.

When I was younger I was dating a Virgo man, who had a great body and was well-endowed like Josh. I was so turned on in bed with him that I used to tease him in text messages, take sexy photos of myself to drive him to distraction on his job. We had a connection, and a kind of closeness to each other that made dating him fun.

I am sure Josh had feelings for me, but he neither showed them for me nor did he display any feelings about anything. I had the opportunity to speak to a millennial woman after breaking up with Josh, and she opened up about how frustrated she was dating millennial men.

She had to same complaints I did: that older men were becoming the only dating alternative, but I loved older men and resolved only to date them in the future. Other problems were their juvenile behavior, their inability to keep healthy relationships with women, their irresponsibility, and other traits that made them unattractive in every way. I’m glad I had that time I dated a millennial man since it made me see that they were no longer desirable.